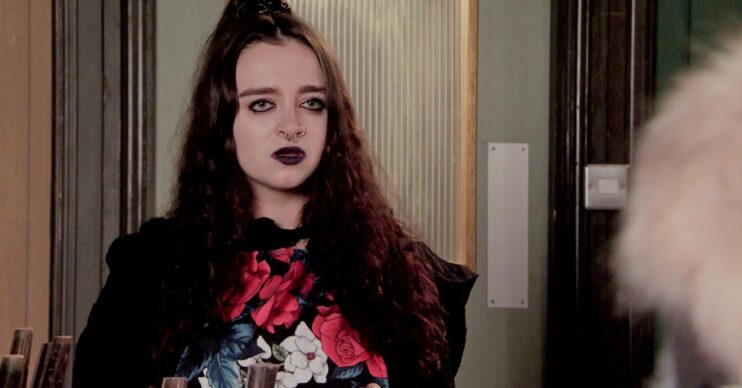 The actress has changed up her looks

The Nina Lucas actress is known for her long black hair and her gothic and grungy style.

But now she’s fancied a change and got herself a new hair do.

The award winning actress revealed her new do in a series of Instagram snaps.

And Harriet Bibby added: “I love it SO MUCH!!”

On-screen Mollie has had a dramatic year with her character Nina finally getting justice for murdered boyfriend Seb Franklin.

She had fought to find evidence proving Corey Brent had kicked him to death.

And eventually she found it – and thwarted his plan to flee abroad.

The storyline has seen Mollie become a household name and take home the best dramatic performance prize at this year’s National Television Awards.

Taking to the stage to pick up her award, Mollie dedicated her award to anyone who “doesn’t fit the mould”.

“Massive thank you to my mum, my dad, my auntie and uncle and my boyfriend. You’ve been so supportive,” she said.

“You’re amazing as you are.”

The actress joined the cobbles as the niece of Roy Cropper, played by Corrie legend David Neilson.

Nina moved in with Roy after the death of her dad Richard, Roy’s half-brother.