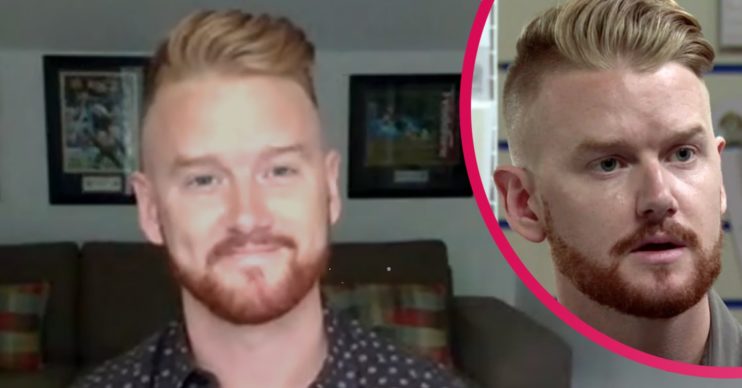 He admitted he hasn't seen any new scripts recently

Coronation Street star Mikey North has hinted the end could be nigh for Gary Windass during an appearance on today’s Loose Women.

Speaking via video link to Andrea McLean, Gloria Huniford, Brenda Edwards and Kelle Bryan, Mikey admitted he doesn’t know what the future holds for his character.

In fact, Mikey is so in the dark he hasn’t seen any scripts since the last block he filmed.

Does this mean it’s the end for villainous Gary?

I’ve shot as far as I know now.

Corrie fan Gloria asked him: “Is it true that although you’ve been in the soap for something like 12 years, you’re not sure how much longer you’re going to be in it or how it’s all going to end?”

Mikey replied: “Yeah, honestly, and this is the truth, I’ve shot as far as I know now.

“I’m waiting to see when I’m going back or what I’m going back to because I’ve finished all my scripts. So this might be it, I don’t know, we’ll wait and see.”

Does that mean Gary’s exit is on the horizon?

With Sarah onto him and aware he killed Rick, could this be his downfall?

Speaking about his character’s complete change Andrea said to him: “Mikey, you used to be such a nice boy.”

“I know, what’s happened to him, eh?” Mikey joked.

He continued: “It’s way more interesting to go to work every day and play a murderer than it is just ordering a pint in the Rovers.”

The public response to Mikey has changed too: “They hate me! Even my wife doesn’t like me any more!”

“We used a dummy in place of Sarah’s character so I was working with a dummy for the whole thing and that’s no substitution for the real thing, Tina’s great,” Mikey said.

He also admitted the dummy’s head kept falling off and trying to keep a straight face during it wasn’t easy.

Mikey said he always tries to do his own stunts and was pleased to have “both his legs in tact” after this particular one.