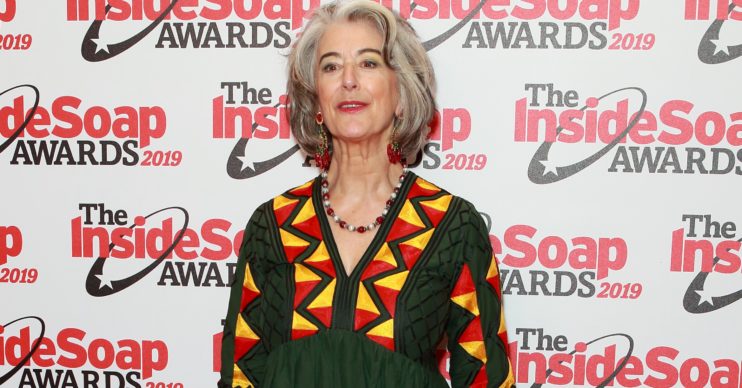 The 74-year-old actress plays Evelyn Plummer on the ITV soap.

She suspects she might have been suffering with “a mild form” of COVID-19 while filming was still underway on the cobbles before production shut down due to the ongoing pandemic.

Speaking to The Lady magazine, she said: “I believe myself to have had a mild form of coronavirus masquerading as a fortnight’s persistent cough, with attached fatigue and sweats.

The soap suspended filming in March because of the global health crisis, but production could get back underway next month.

I believe myself to have had a mild form of coronavirus.

Coronation Street and a return to filming

A spokeswoman recently said: “The health and wellbeing of our people and those who work with us has always been our highest priority.

“We are in the final stages of working with others across the industry on a return-to-production protocol and we’re in active discussions with the government on this.

Meanwhile, Maureen – who lost husband of 30 years Jack Rosenthal to cancer back in 2004 – also opened up on her relationship with Guido Castro, whom she met 13 years ago.

Marriage off the card for Maureen Lipman

She insisted she doesn’t see the point in getting married again – or even living together as a couple.

She added: “I’m not quite sure of the purpose of marriage for me. I don’t need anyone’s money or their house.

“What would be the point? I’ve worked hard all my life and I wouldn’t want to be a burden on anyone.

Over the weekend, Maureen revealed the soap would not go back to six episodes a week when it returned to filming.