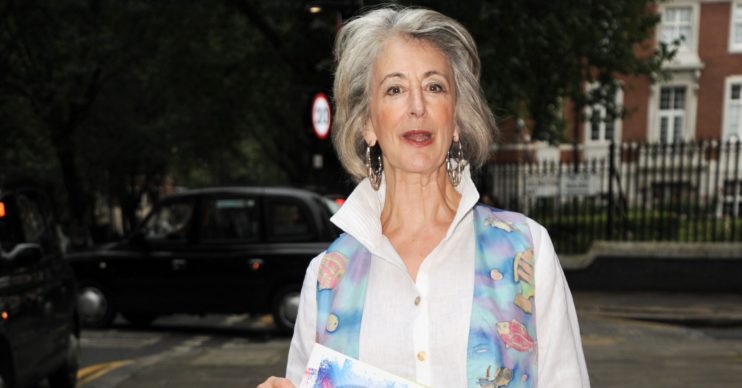 The Evelyn Plummer actress admits she found it 'impossible' to grieve

Coronation Street star Maureen Lipman has opened up about the death of her husband, Jack Rosenthal, in 2004.

The Corrie actress revealed she had a surprising reaction to his death in that she went out and bought a car.

Speaking to Prima magazine, the 74-year-old Evelyn Plummer performer said she felt “terrible” that it seemed she wasn’t upset by Jack’s death.

Coronation Street star Maureen Lipman opens up about her grief

“I found it impossible to grieve because my nature is to make people laugh,” Mauren explained.

She added: “Then I’d feel terrible about the fact I didn’t look like I was grieving enough.

“To try to make myself feel better, I bought things. I bought a car, then I worried that people would think it was odd: why would she buy a car when her husband has just died?

“But I know now we all grieve in our own ways; there’s no right or wrong.”

I bought a car, then I worried that people would think it was odd.

Former Corrie writer Jack died on May 29, after a battle with cancer, and Maureen has since found love again with Guido Castro.

She previously said she wouldn’t marry again so she’s not a burden to anyone.

When not filming Corrie in Manchester, Maureen lives in Paddington with her dogs while former businessman Guido lives in Buckinghamshire.

She told The Lady: “It’s quite easy to be a single, independent woman in this day and age, and have loads of male friends and a partner you’re not married to.

“There are no obstacles to that.

“So I’m not quite sure of the purpose of marriage for me. I don’t need anyone’s money or their house. What would be the point? I’ve worked hard all my life and I wouldn’t want to be a burden on anyone.

With the Corrie cast and crew currently back filming under strict new rules following the coronavirus pandemic, Maureen has yet to return as a result of restrictions on older cast members.

But she does have a date in mind for her comeback.

Speaking to Lorraine Kelly on Good Morning Britain last month, she said: “There is an element now of people, particularly in my business… you used to be able to waitress when you weren’t working but now there’s nowhere to waitress.