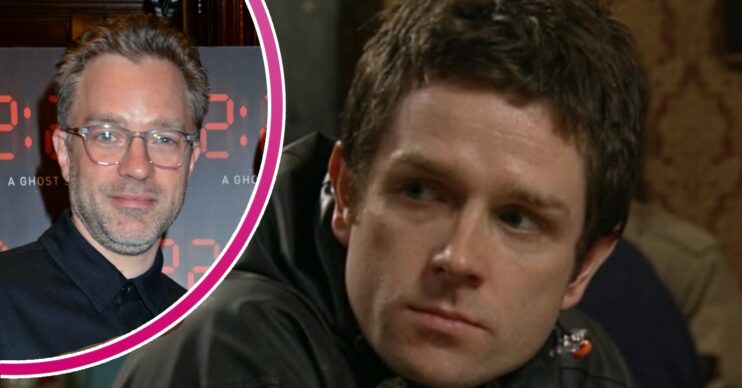 Coronation Street star Matthew Dunster: What is the Ryan Sykes actor up to now?

He played bad boy Ryan Sykes in the show

He left Corrie in 2001, and went on to roles in Silent Witness, Heartbeat, No Angels and Doctors among others.

But since then Matthew’s shifted his focus to the theatre, and carved out a super-successful career directing plays.

Who was Ryan Sykes?

Ryan was the brother of Linda Sykes – who later became Linda Baldwin when she married factory boss, Mike.

He first arrived ion 2000, showing up at the funeral of the siblings’ other brother, Dean, who’d been shot in the siege at Fresco’s.

At the time, Ryan – just like Linda – was keen to put his troubled upbringing behind him, so Linda got him a job at the factory.

But when he found out that Dean had been shot by a police officer – Emma Watts – Ryan began to struggle.

He stalked Emma, determined to make her pay for Dean’s death. And eventually he broke into her house, intending to attack her.

But actually, Ryan found a stash of booze belonging to Emma and husband Curly, and got drunk. Emma came across him and managed to talk him round. The pair reached an understanding.

In his time on the Street, Ryan also managed to get on the wrong side of Dennis Stringer, Tyrone Dobbs and Jason Grimshaw.

And when he discovered his mum, Eve Sykes, was getting to married to Fred Elliott, he was furious.

He and another brother, Jimmy, showed up at the wedding drunk. But actually it was the revelation that Linda had been cheating with Mike’s son Mark Redman that really caused the trouble on the day!

Linda was revealed to be living in Dublin and Mike was set free.

In 2005, Matthew took on the role of Associate Director of the Young Vic.

He stayed there until 2009, winning a lot of praise and an Olivier Award nomination for his production of Love and Money in 2006.

He’s also been Associate Director of Shakespeare’s Globe – from 2015 until 2017.

And he won another Olivier nomination for his production of Mogadishu.

Most recently, Matthew has directed the spooky play 2:22 A Ghost Story, which has counted former soap stars Jake Wood and Mandip Gill among its cast.