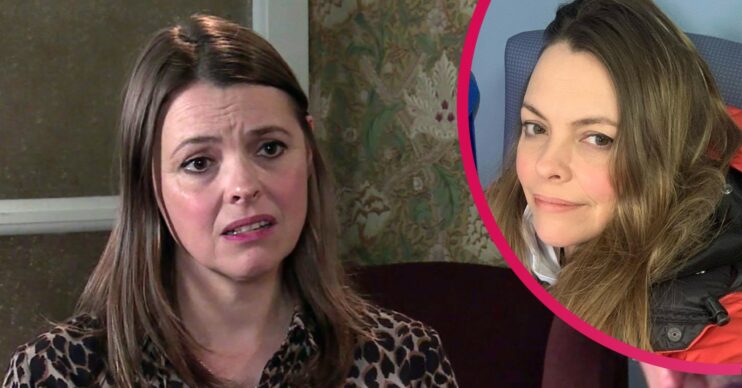 The Tracy Barlow actress, 45, suffers from endometriosis and has opened up about her struggles this week.

Posting a picture of herself on set, Kate revealed she was struggling at the time.

She wrote: “Filming #itvcorrie this was a few weeks ago at a time that I was struggling with my #endrometriosis.

“Luckily got lots of support. Just sending a hug out to all those struggling with similar.”

Kate’s co-star and friend Shobna Gulati commented: “You are so strong and beautiful.”

How did Corrie fans react?

Fans also commented to thank her for raising awareness of the condition.

One said: “I suffer too, 5 miscarriages and finally a diagnosis at the age of 41.

“Lots of heartbreak along the way but happy to finally have answers.

“Life is for living though, me and hubby have a good life now, we just had to take a different path to everyone else! Thank you for raising awareness Kate.”

There are four stages of the condition – minimal, mild, moderate and severe.

Kate previously told how she suffers with stage four of the condition – severe.

It involves tissue similar to the lining of the womb starts to grow in other places such as the ovaries and fallopian tubes.

The condition can cause great pain to those living with it – but treatments are not always effective.

“As someone with grade four endometriosis,” she wrote. “I realise how much I rely on my massage therapy to help with this.

“Due to COVID I’ve not been able to visit my therapist for three months. My body is sore I’ll never take this therapy for granted again.”