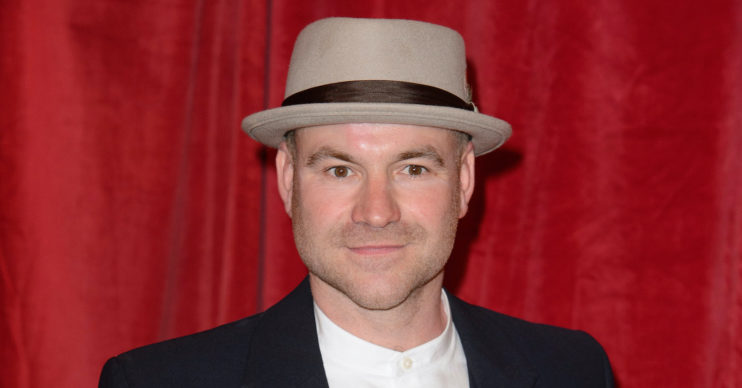 He's got a giant eagle on his shoulder

Coronation Street star Joe Duttine has revealed he has a huge secret tattoo.

The Tim Metcalfe actor showed off his massive inking in a hot tub picture with fiancée Sally Carman.

Abi Franklin star Sally posted the snap to her Instagram account with a love heart emoji and the words: “Three years.”

What is the tattoo of?

The picture shows the large inking stretched over Joe’s shoulder.

It appears to show the wings of an eagle.

Joe and Sally are celebrating their third anniversary this weekend and clearly making the most of it.

Fans flooded the post with red love hearts and said the couple are “so great together”.

Unfortunately they are being forced to postpone their wedding due to the pandemic.

The actress, 40, was due to marry Joe, 50 in a winter ceremony this December.

However, the continuing pandemic has meant the big party they want will not be possible.

So they have taken the difficult decision to postpone for a year.

Speaking on Loose Women, Corrie star Sally said: “I’m not quite sure where we’re going to be in December. The way things have been dealt with, I didn’t want to risk arranging a wedding.

When did Sally Carman and Joe Duttine start dating?

A telly source said at the time: “Both Joe and Sally had been single for a while and just met at the right time in their lives.

“Sally thinks Joe is a funny and caring guy and he’s really fallen for her, too. They’ve now told their castmates and everyone thinks it’s a match made in heaven.”

In November 2019, the couple revealed they had moved in together.

However, in 2020 they announced their engagement to the joy and excitement of their friends and castmates.

Sally announced their engagement last year posting a picture of her ring with the pair drinking champagne writing: “So this happened… 💛 #yes.”