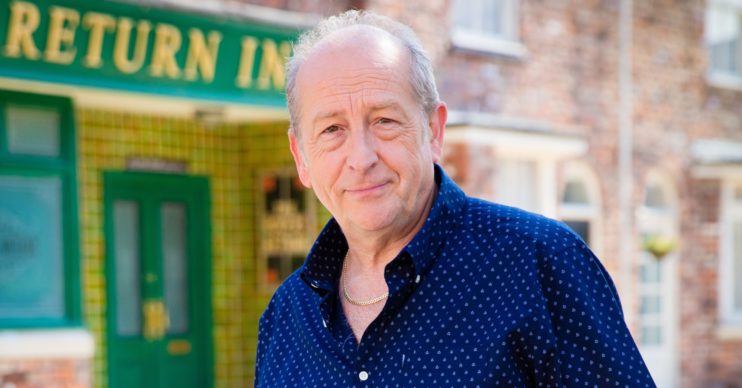 The actor says it can't be too neat

The Corrie star’s twisted character has been controlling and manipulating Yasmeen Nazir for months.

Shelley King’s alter ego is currently in prison after stabbing him with a wine bottle in self-defence and being charged with his attempted murder.

No comeuppance for Geoff in Coronation Street?

Asked if he thinks the ITV soap has an obligation to give Geoff his comeuppance, he told What’s On TV: “No I don’t, actually.

“It would be very satisfying for Geoff to get his comeuppance, and in a way this is a morality tale, and when things like that happen on TV, we want good outcomes.

“So when I say ‘No, I don’t want him to get his comeuppance,’ well yes of course I do and, in one way or another, he will – although I’m not going to say how or when.

The star insisted the “important” thing is keeping the difficult subject of domestic abuse “in the front of people’s minds”.

He explained: “If you leave it ambiguous, to a degree where people say ‘Why didn’t that happen? He should’ve had this, that and the other’, it keeps it in people’s minds.

“With the story that we’re trying to tell, it’s very important that we keep it in the front of people’s minds, because it has to stop.”

Previously, Corrie boss Iain MacLeod admitted he has “agonised” over the plot. He said the writing team carefully mapped everything out – including Yasmeen stabbing Geoff.

“It’s been refined month by month in conjunction with our charity and research partners (including Women’s Aid).

“We’ve known pretty much from the start this incident would be one of the major peaks.

“It’s been organically told and we’ve agonised over the advancement of how Geoff’s behaviour evolved. It has been discussed in more detail than any other story I’ve worked on, just to make sure we get the nuance right.”

The plot will continue until the end of the year with many twists and turns still to come.

Iain also revealed we will investigate Geoff’s past behaviours. He said it is “highly unlikely” that this is the first time Geoff has behaved like this.

Next week Geoff will be released from hospital, but he’s in for a shock when he returns home.

He will discover Alya has changed the locks on the house so he can’t get in.

Tim is furious on his dad’s behalf, but Geoff is more worried about his secret camera footage being discovered.