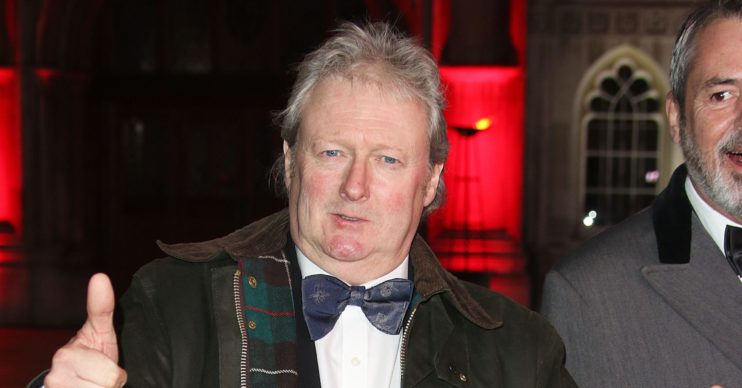 Former Coronation Street star Charlie Lawson will “never forgive” the director of a play he was appearing in when he collapsed on stage.

The actor suffered a transient ischemic attack, which is known as a mini-stroke, during a performance of the unnamed production. But just two weeks earlier he had been diagnosed with exhaustion.

He told the Daily Star newspaper: “I remember, two weeks before, being diagnosed with exhaustion and having what can only be described in my heart as a betrayal by my director, who shall remain nameless.

The terrifying moment saw Charlie going momentarily deaf, while he thought his co-star was reciting lines “from a different play” and saw white lights.

The 60-year-old star, who insisted he was fine after 20 minutes, and missed just two performances before completing the three month tour, was left terrified at the prospect of going back out in front of an audience.

He claimed: “I will never forgive him for it. I never once heard from him after that incident.

“I never got a message or a card or anything saying, ‘I hope you’re OK’. Nothing.”

I will never forgive him for it.

While Charlie  took the experience as a “wake-up call” to make some lifestyle changes, he admitted he is still fuming over the incident and the director’s response.

He said: “I really hope I don’t meet him on a Friday night – otherwise I’ll be in jail.”

Who did Charlie play in Coronation Street?

Charlie famously played Jim McDonald on the cobbles on and off from 1989 until 2018.

During his last stint in 2018, Jim returned to Weatherfield with ‘Katie’. He told ex-wife Liz that their daughter Katie, who they believed died in 1992 after she was born prematurely, had survived and there was a mix up at the hospital.

Read More: Coronation Street boss Iain MacLeod reveals fed up fans stop him in public to give feedback on soap

But ‘Katie’ was actually a woman named Hannah and she and Jim were lovers. He had returned to get revenge on Liz for abandoning him when he went to prison.

Whilst on the Street they also managed to get money out of Liz, but she eventually found out the truth.

They soon left the together. Although they were taken in by the police, they were released. Jim hasn’t been seen since.