Coronation Street star Brooke Vincent has updated fans on her return after she left the soap in 2019 to give birth to her son.

Currently, Corrie is unable to film due to the coronavirus pandemic, but fans are still wondering when we will see Sophie return to screens. 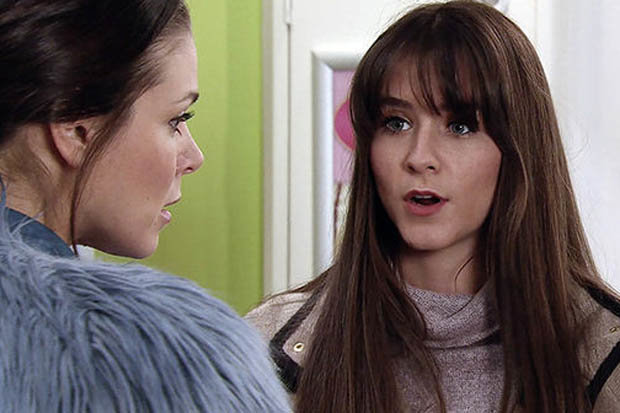 Brooke Vincent has played Sophie on Coronation Street since she was 11 (Credit: ITV)

Asked the question during an Instagram Story Q&A, Brooke didn't have a definite answer, however she 'hopes' it's not too long.

She said: "I'm not sure yet as I didn't take typical maternity. I've been on Corrie since I was 11 so it's nice to have some time with my new baby and in our new home before going back. Hopefully not too not long though."

Brooke gave birth to her son in October last year. On Instagram, she announced the arrival of Mexx S J Bryan.

On Wednesday 23rd October at 8.14am Our Baby Boy Arrived. Mexx S J Bryan, you complete us 🌍💙

Before the coronavirus pandemic, Brooke met up with co-star Sally Dynevor, who plays her on-screen mum Sally Metcalfe.

I'm not sure yet as I didn't take typical maternity.

The three actresses brought their own children to the get together.

Currently no set date has been confirmed for Coronation Street to resume filming.

However TV productions such as UK soaps have been 'given the green light to return to filming'.

Fans have reacted to the news by begging the soap to include happier and lighter storylines after the 'doom and gloom' of the current plots.

Would you like to see Brooke return to Corrie soon? Leave us a comment on our Facebook page @EntertainmentDailyFix and let us know what you think of this story.