Beverley Callard has shared a super cute photo of her grandson Noah, giving her fans a toddler-sized clue what she'll be doing more of when she leaves Coronation Street next year.

The Weatherfield legend announced she's quit her role as Liz McDonald on the ITV soap, despite approaching her 30 year anniversary on the cobbles.

Will Liz go to Spain to live with Andy? (Credit: ITV)

The 62-year-old actress admitted she was "numb" when she told bosses she'll be leaving the cobbles next year.

Speaking to OK! magazine, she said: "I was in shock, I felt totally numb."

Although Beverley experienced "so many sleepless nights" over her decision to exit the show after three decades, she is certain she's made the right call. 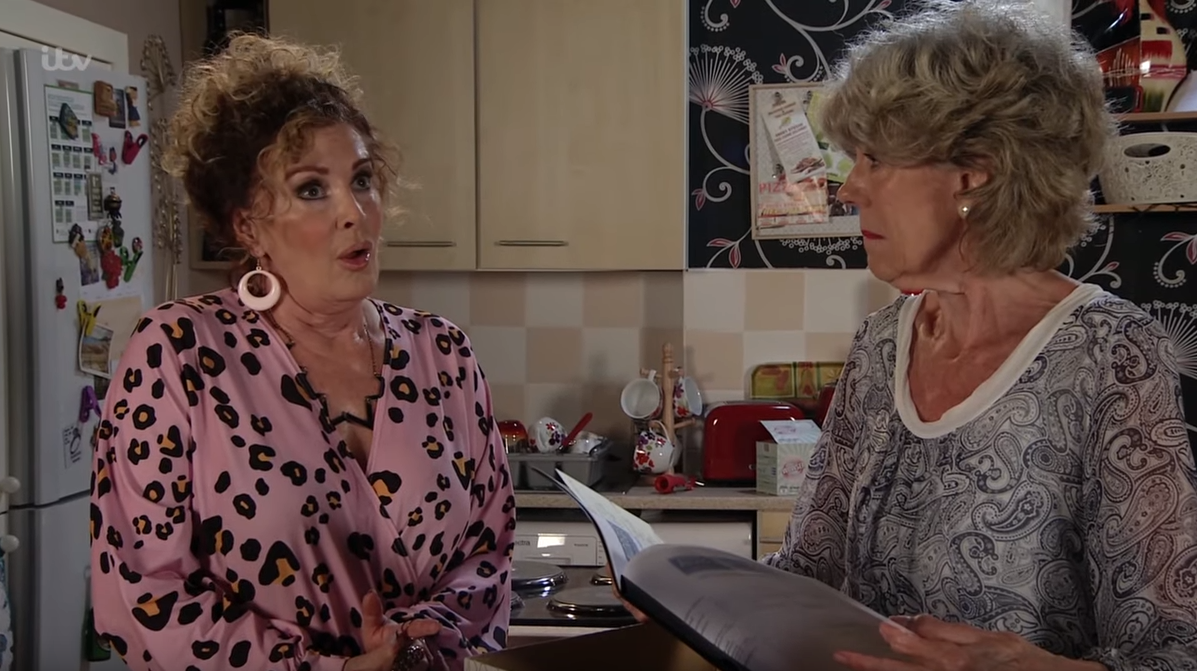 Liz and her outfits are a Corrie mainstay (Credit: ITV)

And we have a feeling her grandson Noah may well have played a big part in her decision to step down from the role and concentrate on her family.

On Friday (November 22), Beverley posted an adorable snap of the young boy visiting a farm.

Alongside a photograph of Noah stroking a pink piggy, Beverley wrote: "Noah has new friend, Peaches."

Understandably, many of her 101,300 Twitter followers liked the photo of the tot and his fleshy friend.

It's not the first time Bev has shared photos or footage of her grandson, having filmed him taking some of his first steps in a Halloween onesie in November.

She also shared a cute snap of his first birthday in September, when co-star Kym Marsh commented: "Wow he looks so much like [Bev's husband] Jon."

Last year, Beverley took to Twitter to share two tender pics of the latest addition to her family, revealing that her stepdaughter Danielle had given birth to a "beautiful" baby boy.

I thought you’d like to see this.
Noah on his first birthday, can you believe 12 months has gone by? Xx pic.twitter.com/WeStXRtM0N

Talking about her departure from Corrie in 2020, the soap star promised her final storyline will see her character go out with "a bang".

She said: "I've been told Liz is going to go with one hell of a bang. I can't wait!"

Beverley admitted she was leaving a "safety net" behind as she moves on from Corrie, but she hopes older actresses will be able to find appropriate roles without being sidelined.

She said: "I'm sick of ageism in the industry.

"Although I've had to leave the safety net of being in Coronation Street to do this, I'm hoping that ageist bosses, of which there are many, take note of how successful this show is and it starts the ball rolling on helping other women my age, get the roles they still deserve."

The McDonald family first debuted on the ITV show back in 1989, and became a favourite with fans.

Will you miss Liz McDonald? Leave us a comment on our Facebook page @EntertainmentDailyFix and let us know what you think!