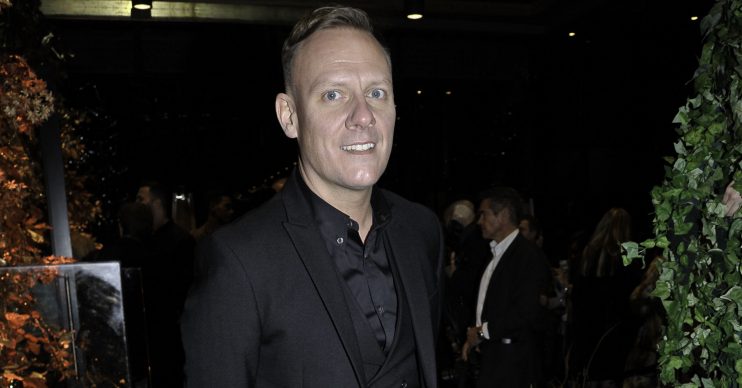 They were reunited last Christmas

Antony Cotton, who plays Sean Tully in Coronation Street, has spoken about how he saved a soldier from taking his own life.

Antony, who is a long-term supporter of the Armed Forces charity SSAFA , received an 11.30pm call and responded immediately.

After taking the call about a struggling soldier, Antony revealed to The Mirror: “I drove to a motorway bridge, to a soldier I’d never met who was suicidal, and then drove him back to my house.”

Read more: Hollyoaks Stephanie Davis reveals she tried to take her own life after relapse

The incident happened five years ago, and Antony lost contact with the man until Christmas Eve last year, when they were reunited in a supermarket.

He continued: “I saw him in a supermarket, walking towards me with a pram with his wife and two babies.

“There was Christmas music playing and I stepped round my trolley and hugged him.

“We were both close to tears and he just said: ‘thank you’. It made my Christmas and that’s why I do what I do.”

Antony is working with the Sunday People to bring Christmas joy elsewhere this year.

He recently visited Broughton House, a retirement home for ex-soldiers in Greater Manchester to hand out presents.

The actor insisted he’s is “proud” to do it and that he is “the lucky one” to be able to do this.

‪Tonight when I finished work, I drove over to @broughtonhouse1916 to visit the residents there, and to look at the new building plans. It is such an amazing place. I was lucky enough to see Paul and Ernie again, from Poppy Week, and I met George Simms formally of 41 Commando and Joan Jones from the WAAF. Legends one and all‬. Please follow them and find out their story.

Recently Antony revealed he has signed a new contract to stay at Coronation Street until at least autumn next year.

He told he Daily Star newspaper’s Hot TV column: “I had a meeting about my future. I didn’t sign up straightaway. You have to negotiate a little bit!

“It will be my 17th year. I’m so pleased because I love being on the show.”

The soap star feels like he has “three families” because of his work life.

He explained: “I spend more time with my Corrie family than I do with my real one.”

He went on to reveal how “lucky” he is to have his real family, his Corrie family and his military family.

Antony also teased his character’s future storylines as he hinted Sean will be involved with a “returning” old favourite.

He said: “I’ve got a big storyline. I will be working with someone that the audience may have seen before… maybe someone is returning!”