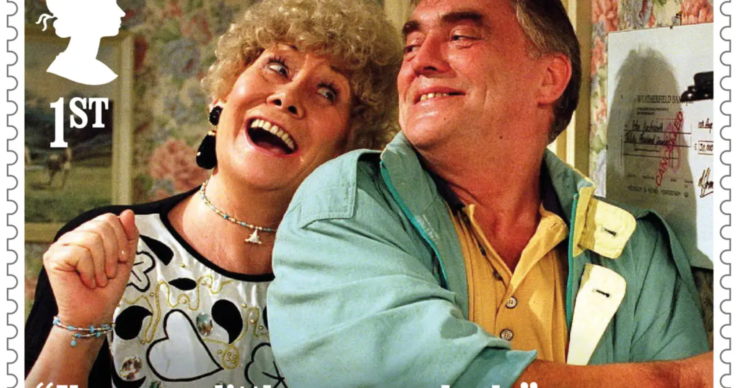 The stamps will feature some of the soap's most iconic characters

New Coronation Street stamps have recently been unveiled to mark the soap’s 60th anniversary, which takes place in December this year.

The stamps will feature some of the show’s greatest characters from the show’s 60 years.

Which Coronation Street characters are on the stamps?

Popular Corrie couples Jack and Vera Duckworth, played by Bill Tarmey and Elizabeth Dawn, Deirdre and Ken Barlow, played by Anne Kirkbride and Bill Roache, and Hayley and Roy Cropper, played by Julie Hesmondhalgh and David Neilson will also feature on the stamps.

Iconic double act Rita Tanner and Norris Cole, played by Barbara Knox and Malcolm Hebden, will also be on the stamps.

Speaking about the stamp idea, show boss Iain Macleod said: “In our historic 60th year, it is an honour to have the show immortalised in this fashion.

“Coronation Street has had many iconic double acts down the years. Indeed it’s a defining feature of the show.

“I hope fans will agree that the ones we’ve chosen, after much heated debate, are among the best of the bunch.

“This fun idea is a great way to pay homage to the nation’s best-loved soap and give lovers of Coronation Street a little smile when an envelope pops through their letterbox and they see their favourite characters looking up at them.

“We will celebrate the nation’s best-known street with stamps showing some of its unforgettable characters.”

Where can I order the stamps?

The stamps are available from the Post Office shop. They will go on general sale on Thursday, May 28, but are currently available to pre-order.

Will you be buying the stamps? Leave us a comment on our Facebook page @EntertainmentDailyFix and let us know what you think of this story.