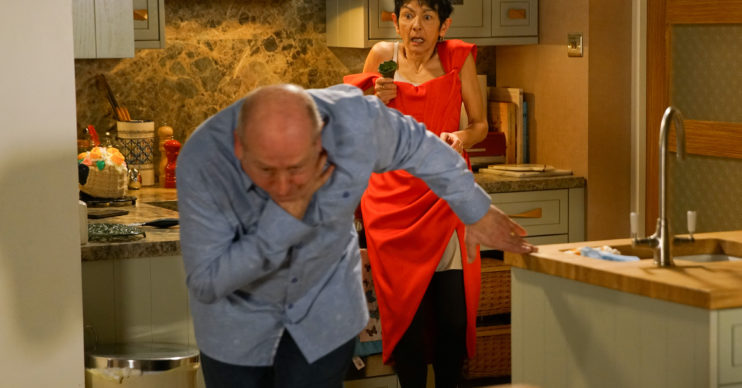 She calls 999 and admits: 'I’ve just killed my husband'

Coronation Street fans have been begging for Yasmeen Metcalfe to escape abusive husband Geoff for months.

Some have even speculated that the cowed Corrie character would kill him.

And that certainly appears to be what happens in coming weeks as Geoff collapses after desperate Yasmeen slashes his neck with a broken bottle.

In horrific scenes that will air on Friday, May 1, Yasmeen (played by Shelley King) is backed into a corner by her bullying other half who is wielding a knife.

Feeling like a cornered animal, she grabs a wine bottle and hits him, slashing his neck with the broken glass.

With Geoff lying motionless on the floor with blood pouring from his wound, shaking Yasmeen dials 999 and tells the operator: “I’ve just killed my husband.”

Is he actually dead? And will anyone believe that it was an act of self-defence; that she has been the victim of awful abuse for months?

Meanwhile, in next week’s visit to Coronation Street (beginning Monday, April 27), viewers will see Geoff ramp up his abuse even further.

Yasmeen is horrified to be told by Dr Gaddas that she has chlamydia and Geoff accuses her of cheating on him!

When she brings up the escorts Geoff was seeing, he angrily says she must have caught the STD from her ex, Sharif.

He then proceeds to deny her food as punishment.

Later in the week, Sally and Tim invite them to The Rovers he forces Yasmeen to wear a tarty red dress he bought for an escort.

Back at home, Geoff goads Yasmeen as he tucks into food and wine without offering any to her.

Explaining how the scenes plays out, Shelley King reveals: “He has a bottle of wine on the table and food, he doesn’t offer her anything.”

“All she wants is to eat something and hug him. She wants him to forgive her.

“She is not thinking coherently, she hasn’t eaten for two and a half days properly. What she does is react like a wounded, cornered animal she just wants it all to stop.

“She defends herself, she doesn’t attack him, but it is him who ends up bleeding on the kitchen floor.”

Geoff Metcalfe’s reign of terror has been escalating over recent months.

The hospital radio DJ has isolated her from friends and family while spying on her with CCTV surveillance cameras in the house.

He has also stolen money from her, locked her in a magician’s box and even forced her to eat her own pet chicken.

Earlier this month, Yasmeen discovered that Geoff had been using an escort agency. She went to the police to access information about his background under Clare’s Law.

If you or someone you know is at risk from domestic abuse please go to: www.womensaid.org.uk

Do you want to see Geoff face justice? Leave us a comment on our Facebook page @EntertainmentDailyFix and let us know what you think! 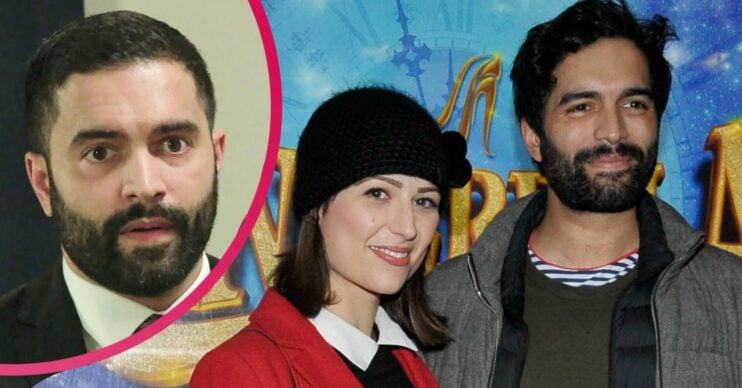