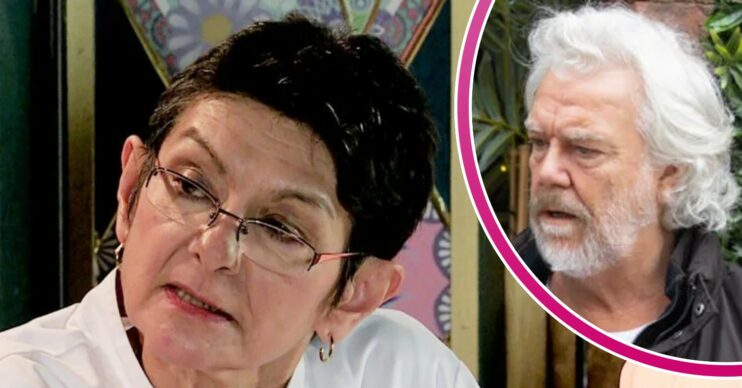 Will she regret it?

Coronation Street spoilers for next week reveal Yasmeen takes it upon herself to help Stu face his past.

But how will he take her interfering?

Is she doing the right thing? Or is she about to find something out about her Corrie lodger that she doesn’t like?

Stu gets a reminder of his past

It’s clear Stu has been struggling lately, with thoughts of his long-lost family firmly in his mind.

After he got drunk at work (in a dry restaurant) and confided his family woes in Zeedan, he seems to be coping better.

However, when Zee’s mate invites him to Athens for a week, it hits Stu hard.

Although the chef encourages Zeedan to go on the break and even offers to cover for him at work, he’s clearly still niggled.

Yasmeen can sense something is wrong and Stu later opens up with enthusiasm about his past family holidays to Athens.

Feeling how much he wants to reconnect with his family, Yasmeen urges Stu not to give up. She tells him to try to track his daughter down.

However, it’s not long before Yasmeen has taken matters into her own hands.

She confides in Zeedan that she’s decided to trace Stu’s daughter herself. Is that really a good idea?

What happened in Stu’s past?

We know Stu has lost contact with his family after a stint in prison.

But as yet we have no idea why he was in prison.

Stu became homeless after losing his job during the pandemic.

He bonded with Kelly Neelan when she was on the streets and was eventually taken in by Yasmeen Nazir.

The pair clearly have feelings for each other and show boss Iain MacLeod told Entertainment Daily! and other media back in January: “The story focuses on burgeoning romance.

“Yasmeen’s lack of self-esteem, and that giving way to the realisation that this man genuinely really likes her.

“Then the big question mark is whether she can get past the damage Geoff did and embrace a happy future.”

Is Yasmeen putting that future at risk by meddling in Stu’s life?

Will his past prove to be darker than she thinks?

And just what is he hiding?