In next week's Coronation Street, Yasmeen finally decides to speak to the police about abusive husband Geoff, but is she in more trouble than she realises?

For months, viewers have seen Geoff abuse Yasmeen in a coercive control storyline.

His manipulation has included separating her from her family and friends, taking control of her money and keeping her to a strict housekeeping routine.

Geoff has been slowly taking over Yasmeen's life (Credit: ITV)

But next week, Yasmeen takes a stand.

Yasmeen's granddaughter Alya has already been to the police over Geoff.

Last week, Alya tried to get Yasmeen to meet the officers herself, but Yasmeen refused.

However, pictures on the ITV previews website, reveal Yasmeen at last agrees to meet with two police officers who reveal Geoff's criminal past.

But just how much danger is she in? Has Geoff done this before?

Is this finally the start of Yasmeen breaking free of his control?

What happens in this week's Coronation Street?

To avoid answering questions about the fictitious hotel booking in Spain for Zeedan's wedding, Geoff fakes a heart attack.

But when Yasmeen calls an ambulance, the paramedics find nothing wrong with him. 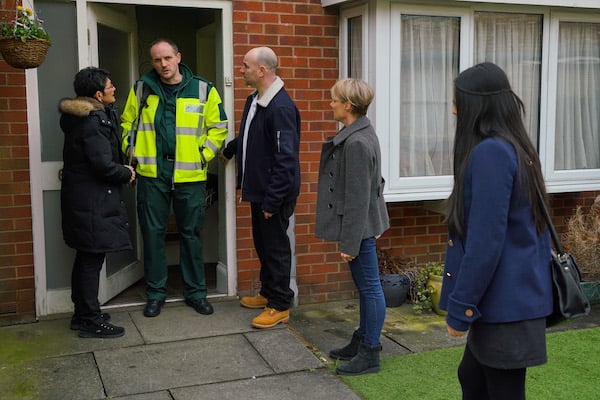 The paramedics find nothing wrong with Geoff (Credit: ITV)

When he refuses to go to the hospital for further tests, Alya and boyfriend Ryan are convinced Geoff faked it.

But Yasmeen falls for his act and announces that they will not be going to Spain.

Geoff is thrilled that his plan worked, however Alya refuses to let him get away with it and confronts him about his 'heart attack'.

When she reveals she went to the police, Geoff loses his temper and threatens her, just as Yasmeen returns home. 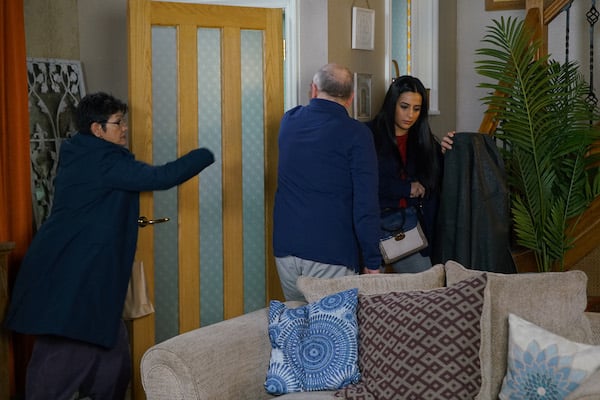 The Speed Daal chef is horrified to find Geoff attacking her granddaughter and orders him off her.

He assures her he would never lie, but does Yasmeen believe him?

Later, when he's gone for a shower, Yasmeen scrolls through Geoff's emails and is horrified to find some from an escort agency.

But before she can do anything, Geoff comes back downstairs and catches her reading his emails. 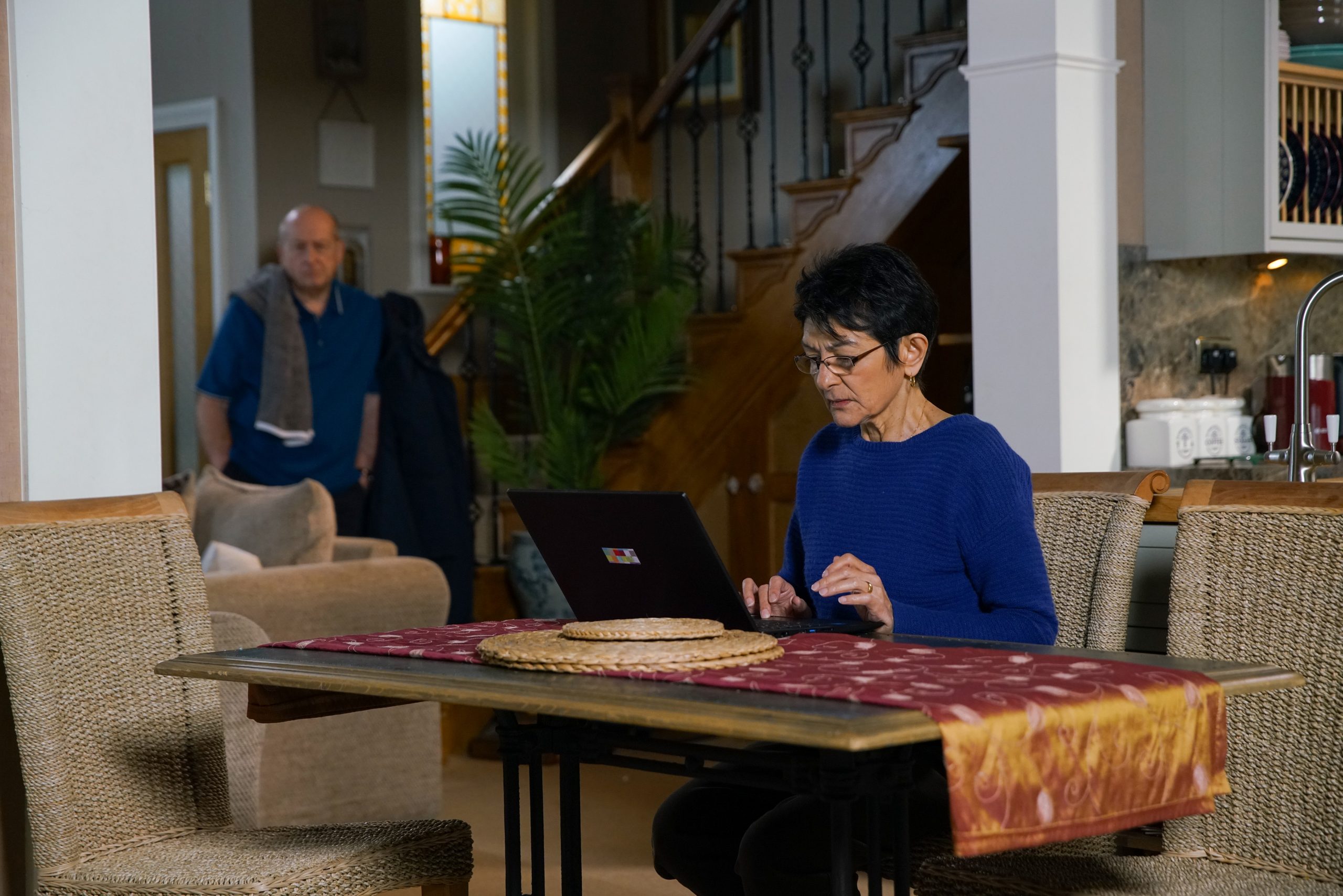 Yasmeen finds the emails from the escort agency (Credit: ITV)

However, Yasmeen stands her ground and confronts him about the emails and fictitious hotel booking.

Geoff admits he lied and Yasmeen tells him she's going to her grandson's wedding without him.

But as she grabs her suitcase and prepares to leave, Geoff blocks her path and tells her she's going nowhere...