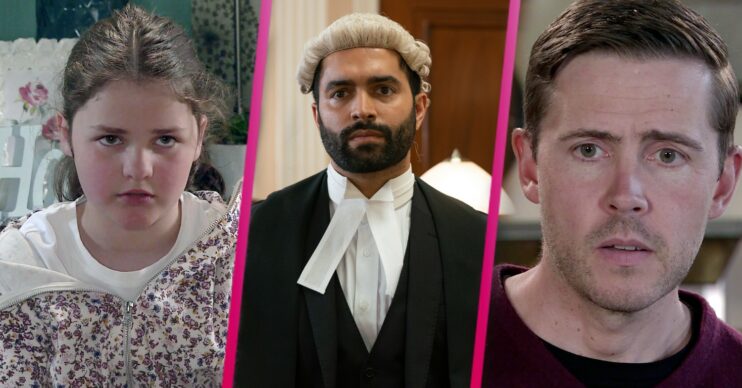 Oodles of heartbreak, deceit and justice

Coronation Street always has plenty of drama, however spoilers reveal what’s coming up in Autumn 2021.

And it looks set to be a good few months.

Seb died from his injuries and Kelly was arrested.

While she claims she didn’t physically attack the couple, Corey says that she did.

The truth will out this week, with flashback scenes revealing what really happened.

The trial has placed a terrible toll on Toyah and Imran’s relationship – will they survive the fallout of the outcome, or become another casualty of that awful night?

In recent scenes, Hope Stape set fire to the cot in the salon flat, unaware that his dad’s girlfriend Alina Pop was asleep in her room.

Pregnant Alina was taken to hospital, however she ended up losing her baby.

Tyrone found out Hope started the fire and told the police.

Could she go to a juvenile detention centre?

We know that Tyrone is now engaged to Alina – by accident – and we also know that he also kissed his ex, Fiz.

He was tempted away by Alina because the romance in the relationship with Fiz had whittled away but, ironically, the sexual tension and chemistry between them is off the scale.

Will Tyrone find his backbone, tell Alina their fling has run its course and return home?

So the serial killer is back on the Street – right under Eileen’s nose.

Todd has discovered his ashes at the undertakers and he’s worried how his mum would react if she found out.

He and George have different thoughts on how to dispose of them and when Eileen does discover them, Todd says they were a lonely old lady.

Eileen decides they should give her a proper send-off…