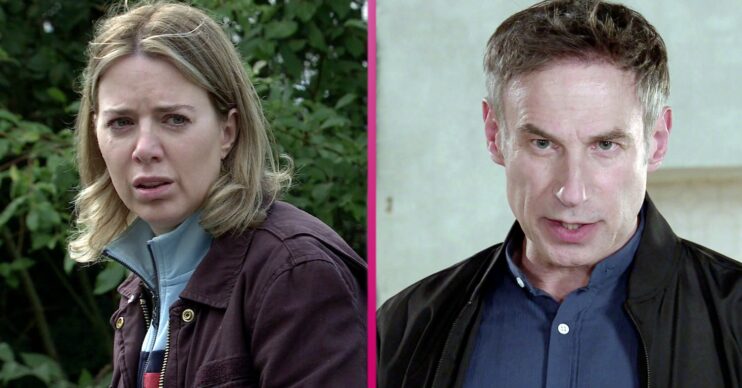 Coronation Street SPOILERS: What happens next as Abi finds evidence Stefan has been making bribes?

Has Abi caught Stefan out?

Coronation Street spoilers reveal what happens next after Abi appears to find evidence Corey’s dad, Stefan, has been bribing witnesses.

Back in May, Nina Lucas and Seb Franklin were attacked by Corey Brent, Kelly Neelan, Eli and some of their friends.

Seb died from his injuries and Abi and Nina have been determined to make sure his killer goes to prison.

This week Corey and Kelly’s trial began. Nina went back to where the attack happened and remembered seeing Corey kicking Seb and Kelly begging him to stop.

In tonight’s scenes (Friday, September 3) Corey took to the stand and lied. He told the court that Kelly kicked Seb and he tried to stop her.

Eli, who attacked Nina, was soon brought into court to tell what happened the night of the attack.

Kelly then had an outburst telling the court that he was lying and suggested Stefan was paying people off.

She was removed from court, but Abi noticed Stefan’s guilty-looking face.

Imran began to question Eli, and pointed out Eli had pleaded guilty to attacking Nina but hasn’t been sentenced.

Later Abi confronted Stefan and accused him of trying to buy Corey’s innocence with bribes.

She became determined to find evidence that Stefan had been making bribes and went on social media.

Abi found Eli’s dad on social media and saw he had recently been hanging out with Stefan at the golf club.

Realising it was odd they had only just become friends, Abi continued to do some digging.

She then told Kevin she signed up for a career site and found Eli’s dad had announced a new job two weeks ago as a senior logistics consultant at Stefan’s company.

She also discovered that Eli’s dad was a delivery driver before, pointing out it was a huge jump.

Kevin urged Abi to give the evidence to the police, but what’s going to happen next?

Coronation Street spoilers: What’s next for Abi and Stefan?

In next week’s scenes Kelly takes the witness box and tells the court how Corey attacked Seb and kicked him repeatedly despite her begging him to stop.

Soon Kelly’s mum Laura takes the stand, claiming Kelly is the model daughter and would have never hurt Seb.

Later the trial comes to an end and Imran and Sabeen deliver their closing speeches.

With the jury still out, Imran is still fighting to prove Kelly is innocent, while Abi is desperate to unmask Corey for the killer that he is.

Abi intends to find some hard proof Stefan bribed a witness, but Kevin wishes she’d leave it to Imran.

Back in the court, the verdict is in. Will justice be served?

Back on the Street, residents discuss the verdict. Meanwhile there is some shocking news from the prison.