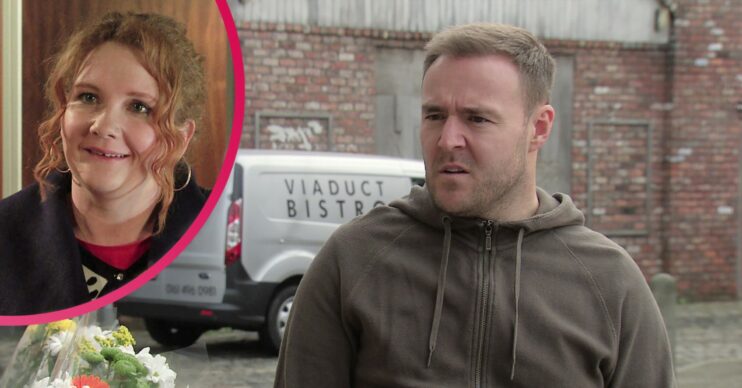 Fiz leaves the cobbles and settles into her new home

Coronation Street spoilers for next week reveal that Tyrone makes a shattering confession to Fiz as she packs up to leave for her new home.

But is she really happy to be leaving the street?

Shortly after Tyrone left Fiz to be with Alina, Fiz found love with her new partner Phill.

And their relationship only appears to be getting stronger.

Fiz has clearly moved on from cheating Tyrone and is preparing to start a new life with Phill after they decided to buy a house together.

Next week, Fiz prepares to leave the cobbles and make a fresh start with Phill and the girls.

But as she packs the van, Fiz confesses to Tyrone that she’s worried about making a big mistake.

Read more: Coronation Street spoilers: Tyrone tries to win Fiz back as she quits the cobbles?

Wanting what’s best for Fiz, Tyrone tells her that she deserves a fresh start in a home with a garden for the girls.

He then waves Fiz off as she embarks on her new journey, but his smile hides his heartache.

Tyrone admits that he misses Fiz

Later on, Beth and Sean gently rib Fiz about her new home and how she’s finally landed on her feet.

Fiz tries her best to appear enthusiastic about her move.

But is her new life really all that’s cracked up to be?

Fiz then calls at the garage to talk with Tyrone and he makes a heartbreaking confession.

He admits how much he misses Fiz and the girls.

So what will Fiz say?

Does she still have feelings for her former flame?