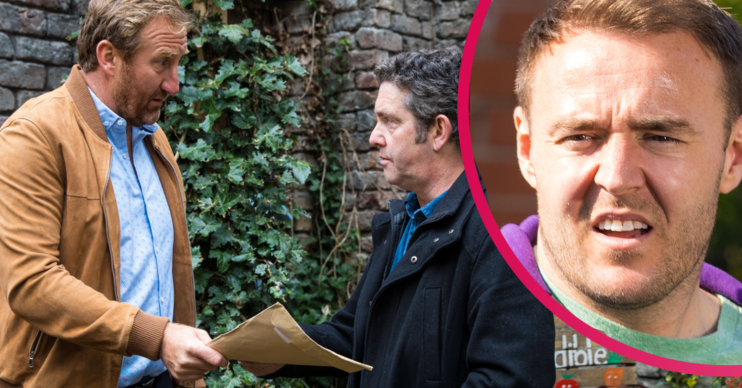 Ty sees something he shouldn't

Coronation Street spoilers for next week reveal that Fiz’s new man Phill may not be as squeaky clean as he seems.

When Tyrone catches his ex’s new man out, he’s delighted to think that Phill has a big secret.

Will Tyrone use what he’s found out to try and win back Fiz?

Second chances for Fiz and Tyrone?

Tyrone’s discovery comes as he and Fiz seem to be getting on better than ever.

Although Fiz has moved in with Phill, it’s clear that Tyrone is still smitten with her.

With the pair sharing the girls, they are never out of each others lives, meaning Ty is constantly hopeful of a reunion.

So, Tyrone is certainly intrigued when he spots something going on with Phill.

Meanwhile, things between Fiz and Phill hit a stumbling block, after a nervous Fiz goes to dinner with Phill’s friends.

She’s nervous about the meal, but the last thing she’s expecting is one of their dinner companions recognising her as John Stape’s wife.

The reminder of her serial killer husband leaves Fiz mortified.

Meanwhile, she has never told Phill anything of the whole sorry saga.

This leaves her worrying how Phil feels about her past.

Read more: Who is Hope Stape in Coronation Street and who is her evil dad?

Later, Tyrone is out with the girls when he spots Phill in Victoria Gardens.

Phill is supposed to be in Leeds on this day.

So Tyrone’s interest is piqued, leading him to spy on what’s going on.

Read more: Who is in the cast of Coronation Street 2022? Meet the full line up

Phill hands over an envelope to another man, as Ty watches on.

What is Phill up to?

Should Tyrone tell Fiz what he saw – and could this secret help blow Phill and Fiz apart?

If you enjoy our Coronation Street spoilers, leave us a comment on our Facebook page @EntertainmentDailyFix and let us know what you think.