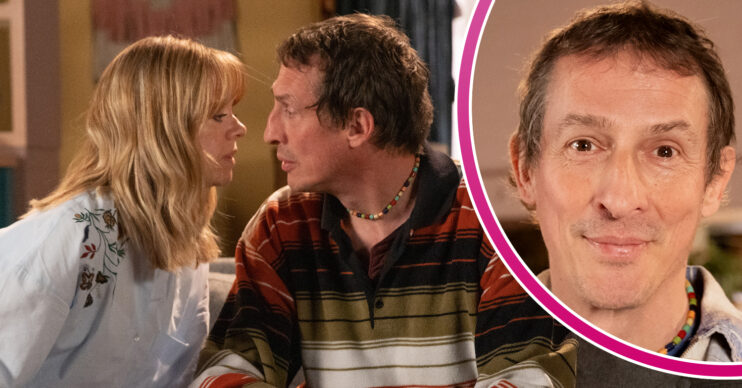 Will Toyah be able to trust Spider?

Coronation Street spoilers for next week reveal that Toyah and Spider share a passionate night together after kissing each other.

However, it soon becomes clear that Spider is hiding something.

It turns out that Toyah isn’t the only one with a potential dark history, but will Spider’s secret leave her heartbroken in Coronation Street spoilers?

Toyah’s grief over Imran rises as Spider helps her pack up the contents of her flat.

Crossing paths with Adam, he soon starts making comments at seeing the pair together which increases the stress for Toyah.

Back in the flat, Toyah finds a savings account that Imran had created for Alfie, causing a whirlwind of emotions to arise, directing them towards Spider.

She asks him to leave so that she can deal with her grief and what she has found.

Being unable to deal with the newly discovered savings account, Toyah gives the details over to Alfie’s mum, Abi.

With one problem out of the way it isn’t long before Toyah is faced with another one.

Spider has been arrested during a protest.

He is let off lightly but the incident provides an insight into the trouble that Spider could bring into her life.

Once the dramatic events of the day are resolved, the pair share a passionate kiss that leads to them spending the night together, leading Toyah’s guilt to explode, confessing all to Abi.

Spider understands that Toyah is acting out of grief and establishes their relationship as one of friendship.

Meanwhile, it soon becomes apparent that Toyah isn’t the only one with a troublesome history.

What is Spider hiding?

Spider answers his phone acting very suspiciously, telling the caller that he has a lot on his plate and is eager to get back.

Who is on the phone to him?

What is Spider not telling Toyah?

He’s already caused trouble since his return to Coronation Street but is clearly still hiding a lot of baggage.

As Leanne highlights her concerns that Toyah is falling for Spider so quickly after her husband’s death, could Spider’s secret leave a grief-stricken Toyah heartbroken?