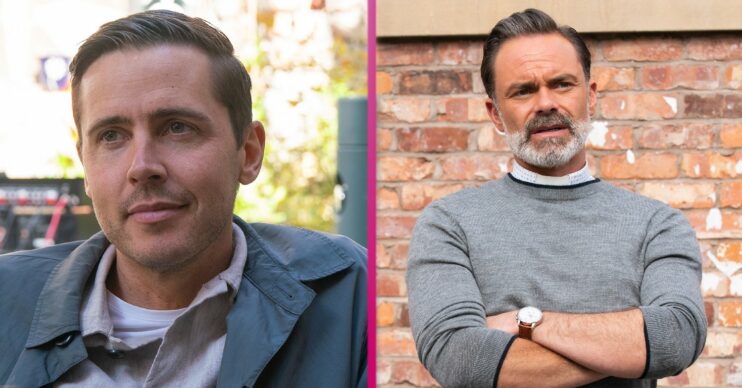 Meanwhile Craig is asked to lie by PC Brody, and Kelly opens up abut her childhood.

Coronation Street spoilers: Todd arrested after his lies are exposed

Billy tells Mary that he and Todd have booked their wedding for five weeks’ time.

Meanwhile Summer ends up letting slip to Will that Todd gave Billy £1000 towards the halfway house and Will realises Todd ripped him off.

As Will lists all of Todd’s crimes and the lengths he went to to split up Paul and Billy, Summer is horrified.

Later Summer confronts Todd, but what will he say?

Will becomes determined to expose Todd and sends a video to Paul.

As the locals gather in Victoria Garden for the calendar launch party, Paul swaps the laptop for his own.

Having introduced the film, Emma presses play on the laptop.

To Todd’s horror, the film turns out to be an incriminating video of him telling Will how he successfully split up Billy and Paul.

Billy stares at Todd in utter disgust before heading off. Later on the street, Billy, Summer and Paul watch as Todd is arrested for theft and led away.

Will Craig tell the truth?

PC Brody confides in Craig that James and Michael have lodged a formal complaint about the arrest and accused him of racism.

In the police station, PC Brody sidles up to Craig and asks him not to mention the fact that he thought James’s driving was fine and didn’t warrant being pulled over, what will Craig do?

Meanwhile Grace reveals that she’s re-launched his website to include the baby-grows. She soon suggests to Michael that they go upstairs.

Kelly opens up about her childhood

Toyah and Imran visit Kelly and assure that she might not have her mum’s support, but they’ll be there for her every step of the way.

Later Kelly describes her childhood to the social worker. She explains how her mum would knock her about and then go missing for days.

Steve, Dev, Tim and Chesney pull together for Emma

In the Bistro, Steve, Dev, Tim and Chesney feel guilty for missing the launch party.

Steve, Dev, Tim and Chesney go over to Victoria Garden only to find Mary cleaning up.

Mary explains that the calendar launch never took place and they ended up watching Todd’s confession instead.

Emma and Curtis are touched to see Steve, Tim, Dev and Chesney have gone to the trouble of advertising the calendar in their windows and declare the day a success after all.

Hope accuses Tyrone of spending all of his money on the baby and nothing on her.

Will you be watching this week’s episodes of Coronation Street? Leave us a comment on our Facebook page @EntertainmentDailyFix and let us know what you think of the current storylines.