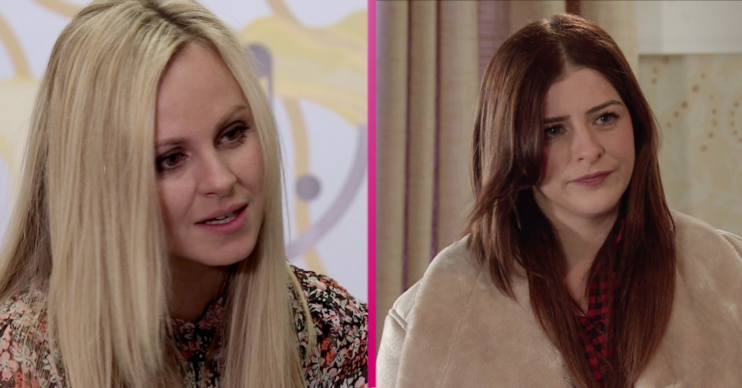 Maria decides to run for council herself and Sarah finds out the truth about Lydia and Adam.

Emma goes to the hospital and quizzes Dr Handley about Curtis’s condition, but he refuses to give anything away.

Frustrated with getting no answers, Emma decides to call Neville. As she grills him about Curtis’ illness, will Neville tell her the truth?

Sally agrees to lend her support to a new housing development outlined for the Red Rec if elected, having been promised first refusal on the show home. When Maria finds out she’s enraged.

As Sally prepares for her election Q&A, Maria steams in and tells her she will no longer be supporting her and going to run for council herself, leaving Sally horrified.

Sarah finds out the truth

Sarah meets up with Lydia and her son, Finn and introduces them to Adam.

Lydia pales and alluding to the fact that she had a relationship with him at uni, makes her excuses and leaves.

Soon Adam admits to Sarah that he had a relationship with Lydia years ago and he can’t remember, leaving Sarah unimpressed.

Zeedan’s estranged Marrium arrived in Weatherfield after her father’s death and in last night’s scenes (Tuesday, December 14) Zeedan introduced her to his gran Yasmeen and sister Alya.

However Alya worried about Marrium being around and felt guilty they didn’t help Hashim properly when he collapsed.

Tonight Marrium asks Zeedan for his help, but what does she want?

Audrey has a car accident

Audrey arrives in a neck brace having had another car accident.

However she’s still in denial about her eyesight.