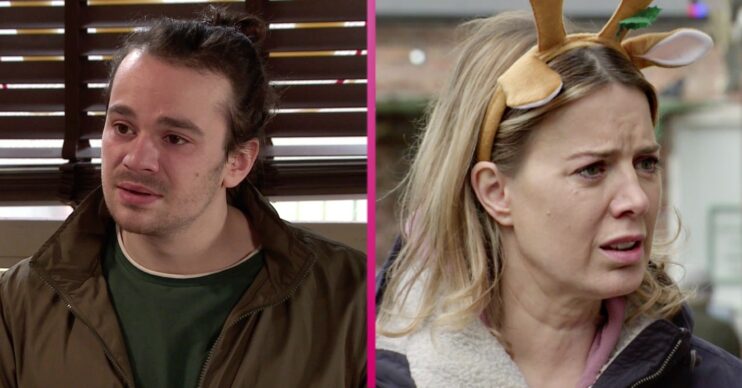 Kevin pulls out all the stops

Meanwhile Daisy decides to tell Daniel how she really feels and Asha is hurt when Nina declines her invite to Christmas.

Earlier this week, Tyrone found some of Seb’s thing in the flat and gave them to Kevin.

Kevin found a letter and made a phone call.

Tonight, Kevin pulls out all of the stops for Abi.

Abi thanks Kevin for the best Christmas present ever. He reveals it was actually Seb who was behind it.

Coronation Street spoilers: Will Daisy tell Daniel how she feels?

Ken urges Daniel to tell Daisy how he feels but when he invites her for a drink she turns him down, explaining Ashley is taking her to a celebrity party.

With the party in full swing, it becomes clear Daisy isn’t enjoying herself and makes her excuses to leave.

Meanwhile Adam and Daniel join Sarah and Lydia for a drink.

Daniel is impressed when he sees the book Lydia is reading and the two instantly hit it off.

As Daisy buzzes Daniel’s intercom, declaring she’s been an idiot and thinks the world of him, but it’s Ken who answers.

She sends Daisy off to find Daniel.

Read more: Lucy Fallon hits back at claims she’s ‘split from boyfriend and on dating app’

When Kevin lets slip how much Tyrone is dreading Christmas without his family, Fiz feels awful.

Will she change her Christmas plans?