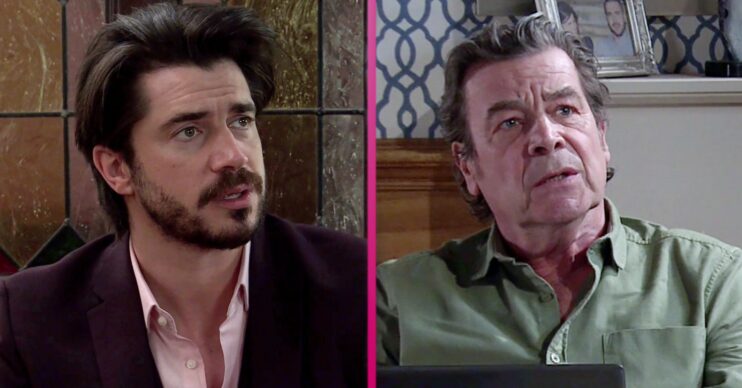 Coronation Street spoilers for tonight reveal Peter goes in for his transplant.

Meanwhile Johnny puts the Rovers up for sale and how will Fiz react when Alina gives Hope a makeover?

Carla is still frosty with Sarah, claiming Adam has all but signed Peter’s death warrant by pulling out of the transplant.

Meanwhile Daniel breaks the news to Peter that unfortunately his liver is not compatible.

Finding Adam and Daniel in the Rovers, Carla drops a bombshell that the transplant centre has found a liver for Peter but she can’t find him.

Later Daniel finds Peter in the Bistro weak and on the point of collapse.

They explain that the hospital have found a liver match for him. Carla says an emotional goodbye to her husband as he readies himself for his operation.

Will Peter’s transplant be a success?

The Rovers goes up for sale

Johnny makes the decision that he’s putting the Rovers up for sale. He soon begins to make plans.

What will Jenny say?

When Tyrone realises he’s double booked himself with work and having the girls, Alina offers to help by looking after Hope and Ruby.

Hope convinces Alina that Fiz won’t mind if she gives her eyelash extensions.

Sarah offers Fiz some flexible hours as a machinist.

Fiz is thrilled until she learns it was Alina’s idea.

When she goes to the salon flat to go get the girls, how will she react to Hope’s eyelash extensions?

As Evelyn continues to milk her fake injury, Bernie runs errands for her. But Bernie assures Dev she has a masterplan.

Later Bernie drops Cerberus home and with the help of a doggy treat, she exposes Evelyn’s scam.

Soon Bernie tells Dev that Evelyn will be back at work tomorrow and that he owes her a drink.