Alya finds out the truth

Meanwhile Todd’s attempt to get his hands on money goes wrong, and Fiz goes on a date.

Ryan wakes up in Daisy’s bed. In the Rovers Ryan begs Daisy not to let slip that he was with her last night.

Later in front of Alya, Daisy purposely tells Ryan that she’s not happy about his lies when the truth is he ended up in her bed.

Alya hears and is dumbstruck.

Alya tells Ryan that they’re finished and soon confronts Daisy in the cafe.

Soon Jenny finds Ryan in Victoria Garden with his bags packed and offers him a bed at the Rovers.

Daisy is thrilled to discover Ryan is coming to stay. When Jenny accuses her of deliberately trying to break up Ryan and Alya, Daisy turns on the tears.

Andy the binman calls at the undertakers and hands Todd 7k in cash. He explains local Big Issue seller, Matty, died and they had a whip-round for his funeral.

With Andy gone, Todd places £2k in the till and stuffs the other £5k in a marble urn.

Todd tells George about Matty’s funeral and how he was moved by his plight and agreed to do a £7k funeral for £2k as it’s all they managed to raise.

However Todd is horrified when he discovers the deceased’s brother, Mr Hendricks, has collected the marble urn.

Later Mr Hendricks returns the urn to the undertakers and Todd checks it to find the cash is gone.

He demands Mr Hendricks returns the £5k, but he laughs in Todd’s face and leaves.

Billy summons Todd, Summer and Will to the Bistro and tells them that he’s celebrating as he’s had the go ahead to spend £7k on a heat pump for the halfway house.

Read more: Who is Casualty actor Bill Ward? Who did he play in Coronation Street and Emmerdale?

In the factory Beth and Sean urge Fiz to sign up to a dating website. Fiz is excited when she checks the site and sees she has a reply from a guy called Chris, who would like to meet up.

Fiz meets up with her date in the Bistro, but soon discovers Chris is a reporter hoping to run a story on aggrieved women who have been dumped for a younger model.

She is furious, but when Chris points out how good it’ll feel to tell the world the truth, she is torn.

Eileen relents and tells Sean he can move back into No.11. In the Rovers, Eileen advances on George and berates him for conspiring with Sean behind her back.

Curtis has an idea

When Steve reveals he’s raised £96k for Oliver’s fund but feels it’s time to step back, Curtis tells Emma about his plan to organise a charity naked calendar to help Steve reach his £100k target.

Curtis and Emma run their charity naked calendar past Steve and Tracy. 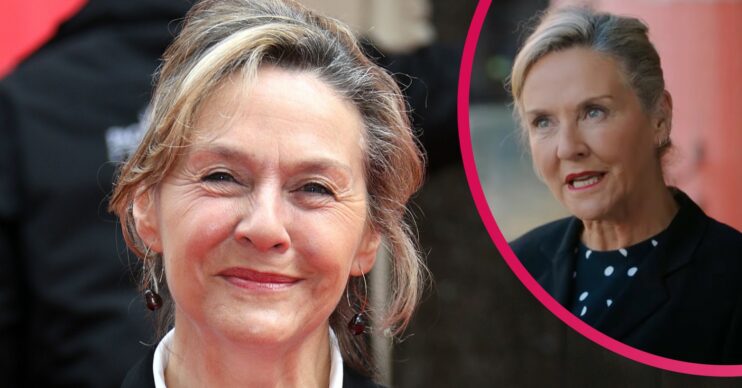