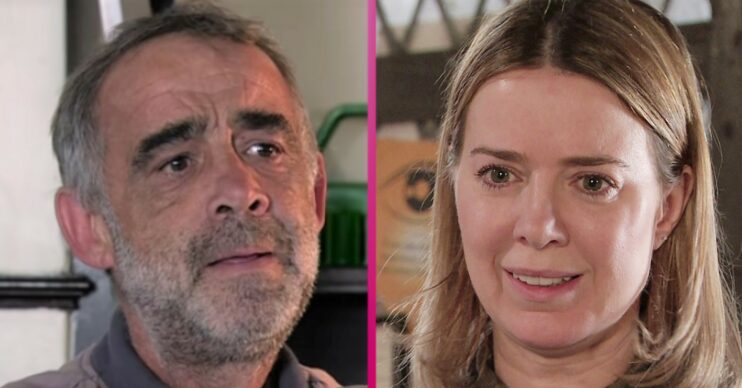 Coronation Street spoilers tonight: Kevin and Abi to reunite after he finds out the truth?

Coronation Street spoilers for tonight (Wednesday, March 16) reveal Kevin offers Abi somewhere to stay after he finds out about the baby.

Meanwhile Michael finds out the truth about Grace, and Jacob becomes fed up as Amy cancels their plans once again.

After seeing Abi’s story in the Gazette, Debbie demands answers, assuming the baby to be Kevin’s.

However Abi hurries off, explaining the baby is having an operation today.

As Abi waits for news on her son, she’s stunned to see Kevin in the hospital corridor.

Kevin takes Abi in his arms as she breaks down in tears.

With Kevin assuming the baby is Tez’s, Abi goes along with the lie, keeping the secret that Imran is really Alfie’s father.

Feeling bad and wanting to support her, Kevin offers for her to stay at No.13 until she’s won custody of her son, giving Abi hope.

Is there a chance Kevin and Abi could get back together?

Coronation Street spoilers: Michael finds out the truth about Grace

When Aggie finds Ed looking at the racing pages in the hopes of winning £10k, she’s horrified to realise Grace’s threats could trigger Ed’s gambling.

She realises it’s time to tell Michael the truth.

They explain to him that Grace is blackmailing them and the only reason she’s returned is for more money, not because she wants to see Glory.

How will Michael react? And what will Grace have to say when she’s confronted?

Read more: How old is Sam Blakeman in Coronation Street? Who plays him?

The end of Jacob and Amy?

Amy tells Jacob she’ll try and swerve her parents so they can meet up later.

However when she tells Steve she’s off to Emma’s, he reveals he’s just seen her heading towards the tram station.

Her plans ruined, Amy heads out to the ginnel and tells Jacob she can’t see him because her dad is at home and wants to spend time with her.

Jacob heads off clearly fed up. Could this be the end of Jacob and Amy?

Daniel has news for Daisy

Nicky confides in Daniel that her trial with the class didn’t go as well as she hoped it would.

Daniel tells Daisy that Nicky didn’t get the job and Daisy is relieved.

Adam knocks back the drinks and flirts with a woman in the Rovers.

He tells her his wife died in a car crash, which Daisy overhears.

After receiving a text from Daisy, Daniel arrives and explains Adam’s wife is still alive.

Drunk and upset, Adam announces he’s going into town. But will he make a decision he comes to regret?