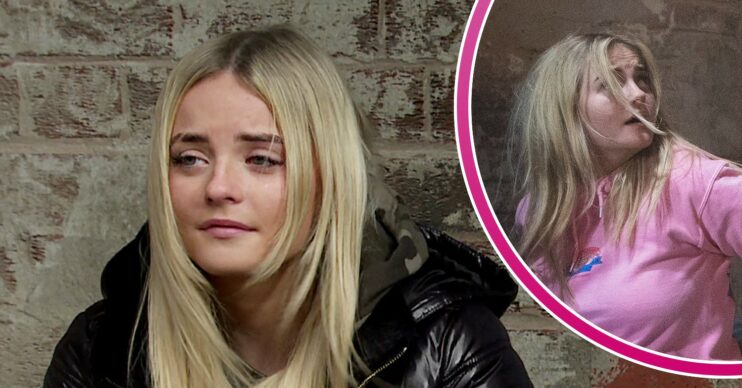 Kelly is in danger

Meanwhile Wendy wants to make things right with Ken and Tyrone returns from his trip with Phill.

Gary and Maria are worried when they realise Kelly didn’t return home the night before.

Gary goes to find Aadi and Aadi reveals that Kelly went to see another one of Rick’s clients and didn’t show up to their date, leaving Gary panicking.

Meanwhile Kieron goes to see Kelly in the cellar. He gives her her phone and tells her to text Gary to let him know she’s okay.

However Kelly finds a way to let Gary know that she’s in danger.

Gary receives a text from Kelly telling him to let her mum know she’s ok and he immediately knows something is wrong.

Kieron tells Kelly he wants the rest of her dad’s money and calls Gary from her phone.

He tells him if he wants to see Kelly alive again, he needs to come up with £50k.

In the Bistro, Debbie is stressed and tells Ronnie that Ray cancelled the professional indemnity insurance.

Debbie calls at the hospital and gives a cheque to Ed and Aggie.

Aggie tells her it’s not nearly enough and advises Debbie to hire a lawyer as she’s already spoke to Adam.

Debbie and Ronnie are stunned, but can Debbie afford it?

Tracy lashes out at Wendy

Wendy fills Abi in on her past with Ken and Abi encourages her to make up with him, promising she will deal with Tracy.

As Abi heads off to the café with Tracy, Wendy goes to No.1 and knocks on the door.

How will Ken react to seeing Wendy?

Tracy and Abi come back around the corner and see Wendy leaving No.1.

Tracy is furious and marches over, ready for a row.

Tyrone returns from his trip away with Phill. He admits to Fiz that they’re no further forward as every time he bought up the marriage, Phill became upset.

But will it go to plan?

Frank struggles to get along with Dylan

Frank comes over and introduces himself to Dylan, but it’s soon clear they don’t have anything in common.