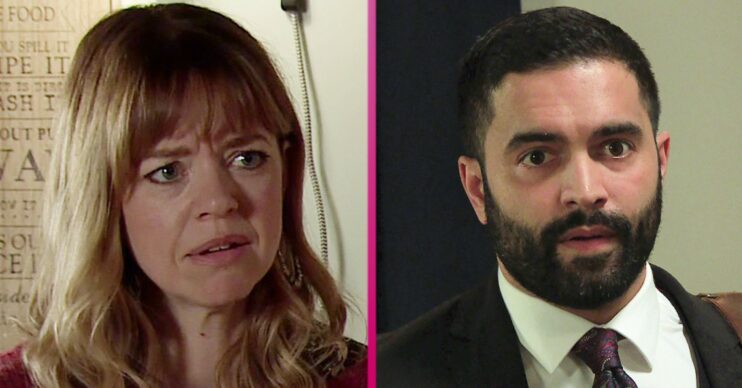 Coronation Street spoilers tonight: It’s looking bleak for Toyah as Imran tries to save her life

Will Toyah be okay?

Coronation Street spoilers for tonight (Wednesday, June 1) reveal Imran tries to save Toyah after they’re involved in a car accident.

Meanwhile Kevin and Abi are shocked to hear about the crash. But soon the police are questioning Kevin.

Currently Imran and Toyah have custody of Imran and Abi’s son, Alfie.

Recently Abi planned to flee Weatherfield with her baby, still upset she lost custody based on a lie.

Viewers know that Imran paid Ben to lie in court and say he saw Abi buying drugs. However Toyah has no idea that Imran lied.

This week, Imran found out about Abi’s plans to leave the country and took their son off her.

Imran told Toyah about Abi’s plan but while she wanted to go to the police, Imran felt guilty and realised he had ruined Abi’s life.

Toyah went to the police station to report Abi, leaving Alfie with her sister Leanne.

When Imran found out what Toyah was up to, he went to the police station and managed to stop her.

They soon left but moments later it showed that Imran and Toyah had both been involved in a car crash.

Imran tries to save Toyah

Imran pulls Toyah from the wreckage, begging her not to die as the ambulance arrives at the scene.

Is Toyah going to be okay?

Meanwhile Kevin tells Abi that he wants her back in his life for good.

Later Abi and Kevin are horrified when they find out that Imran and Toyah have been involved in a car accident.

As the police begin to investigate why the car didn’t brake, they turn their questions to Kevin, who had been working on the car.

This week Coronation Street in on at 7.30pm every weeknight for half an hour.