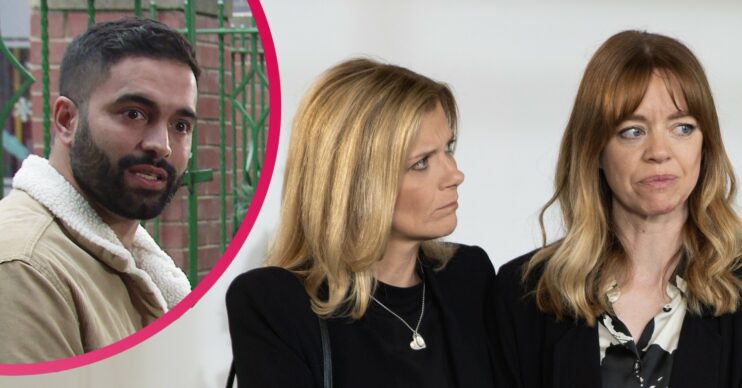 It's the day of Imran's funeral

Meanwhile Brian makes a proposal to Cathy and Summer’s friends have a go at her for how she’s treated Aadi.

All this and more in tonight’s Coronation Street episode.

It’s the day of Imran’s funeral and Toyah delivers a heartfelt eulogy, saying how she wishes Imran had survived the crash and not her.

Will they say anything to Toyah?

As the funeral finishes, Peter tells Toyah about Adam’s allegation.

He also mentions the police have questioned him about what happened with Susie and her desperation for a baby.

Toyah calls in a the police station and tells DS Swain there are things they need to talk about.

As Brian talks about the new life he has planned for him and Cathy in Cornwall, Evelyn can see Cathy isn’t enthused.

Evelyn tells Brian he needs to take a more romantic approach with Cathy.

Later Brian suggests to Cathy that they get married. How will Cathy react?

Meanwhile Asha and Amy have a go at Summer for how she’s treated Aadi.

Aaron quickly assures Summer that he’s there for her as a friend and she’s touched by his kindness.

But has Summer lost her friends for good?

Fiz moves back in with Tyrone?

At the cafe Phill breaks the news to Fiz that the whole house needs rewiring as it’s a death trap.

When Tyrone suggests that Fiz and the girls move back into No.9 while the work on the house is carried out, Phill reckons it’s for the best.

Meanwhile Gail looks at all the empty wine bottles in the recycling bin.

She later confides in Shona that she’s worried Audrey is drinking too much.

Will Gail speak to Audrey?