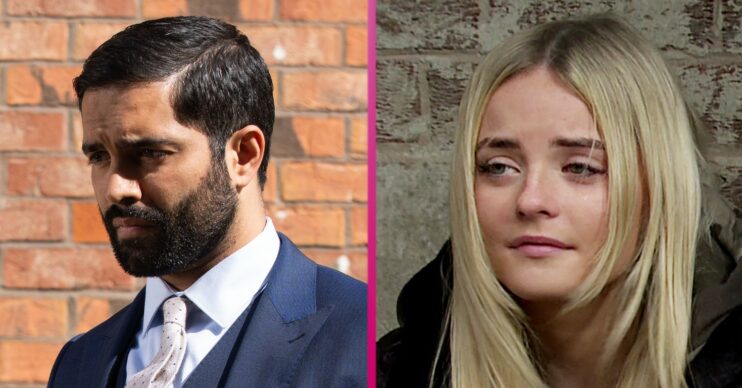 Will he come clean to her?

Meanwhile Abi continues her plans to flee with Alfie.

After Toyah discovered that her fiancé Imran is the father of Abi’s son Alfie, she was devastated.

However she decided to give him another chance and Imran suggested they try and get custody of Alfie and raise him together.

Meanwhile Imran hired a man named Ben to follow Abi and try to find evidence she was back on drugs.

However when he couldn’t find any solid evidence, Imran paid Ben to lie in court that he saw Abi buying drugs.

The judge believed Imran and gave custody to him and Toyah, but allowed Abi to visit her son.

Tonight Kelly accuses Imran of bribing Ben to lie about Abi in court.

Imran struggles with his guilt. Will he admit to Kelly what he’s done?

Meanwhile Abi has been pretending to Imran and Toyah that she’s accepted their arrangement.

But secretly she’s been planning to flee the country with Alfie and she recently bought fake passports for her and her son.

Last week Abi told Kevin about her plans to leave after he confessed he was still in love with her.

Kevin decided not to tell Imran about Abi’s plans, although he was devastated she was leaving.

Tonight Kevin helps Abi with her plan to flee Weatherfield.

Elsewhere Imran is worried about what Abi is capable of.

Will Abi get away with her plan?

Will you be watching tonight’s episode of Emmerdale? Leave us a comment on our Facebook page @EntertainmentDailyFix and let us know what you think.