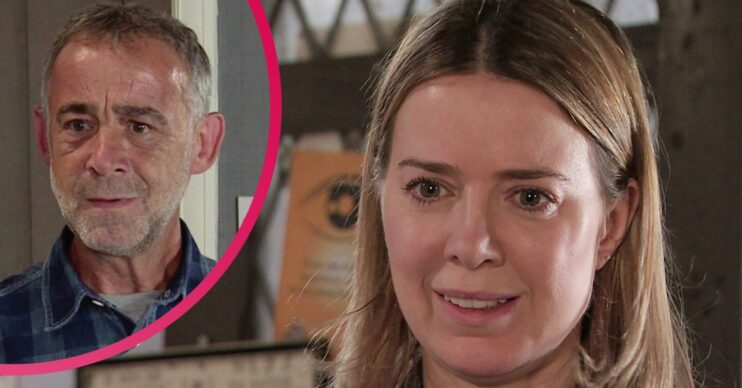 Coronation Street spoilers for tonight (Friday, June 17 2022) reveal Abi is given a chance to regain custody of Alfie.

Meanwhile Brian has some news for Cathy and Shona turns to Bernie for help.

As Debbie tells Kevin to think carefully before taking on Alfie, Jack learns the truth about his parents.

He overhears Debbie and Kevin talking about how Kevin and Molly had an affair behind Tyrone’s back, resulting in his birth.

Jack struggles to take it all in, but he later wishes Abi and Kevin good luck at the hearing.

Later in the court waiting room, Abi is waiting and soon a woman comes along.

She begins to slag off the judicial system to the woman, but as she goes into the court room she’s horrified to realise the woman in the waiting room was the judge.

Believing she’s ruined any chance she had, Abi listens as the local authority solicitor lists her failings as a mother and recommends Alfie stays in care.

The judge orders for Alfie to be placed with Abi in a mother and baby foster care facility where she will be assessed.

Later Abi is introduced to their foster carer Wendy Papadopoulos.

When Abi reveals she’s from Coronation Street, Wendy mentions nothing of her past.

What will Cathy do?

Brian tells Cathy that despite everything, he doesn’t want to lose her.

He reveals he’s put an offer on a house in Cornwall and hopes she will come with him.

Cathy tries to hide her doubts, but will she agree to go with him?

Bernie gives the Platts some advice

Shona wants to find a way to relax.

David comes home to find incense burning and Shona led on her back whilst Bernie administers crystals.

When Bernie picks up an ornament that Gail brought back from Thailand she says it’s responsible for all the negative energy in the house and advises them to get rid of it.

David is sceptical but Shona things she may be onto something.

Later David gives Max some money, telling him he deserves a treat and should take Sonya out for dinner.

Meanwhile Debbie confronts Nick and Leanne about £4k missing from the business account.

What will they say?

Read more: Who is in Coronation Street 2022? Meet the full line-up

Will you be watching tonight’s episode of Coronation Street? Leave us a comment on our Facebook page @EntertainmentDailyFix and let us know what you think of this story.