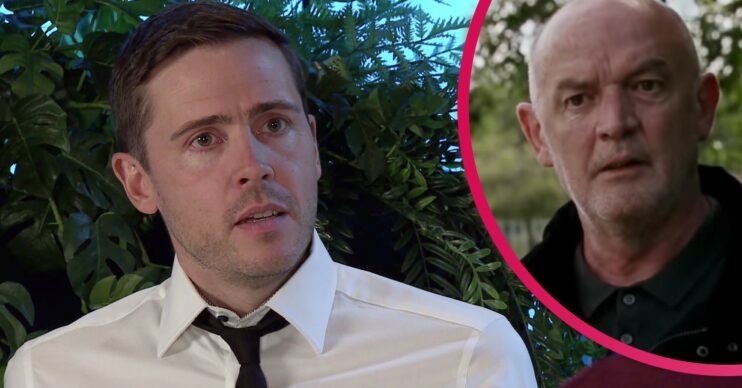 Coronation Street spoilers for next week reveal Todd is shocked when he discovers Pat Phelan‘s ashes.

In next week’s scenes Todd is keen to show his gratitude to George for standing by him and supporting him.

Todd decides to conduct a thorough clear out of the storeroom at the undertakers. However as he does this, George masks his uneasiness.

It’s soon revealed why George is so worried when an outraged Todd emerges from the storeroom holding Pat Phelan’s ashes.

George explains to Todd that he never found the right moment to tell Eileen about them.

What will they do? Will Todd tell Eileen about the ashes?

Recently George actor Tony Maudsley revealed George had been hiding something from Eileen.

Speaking to Metro.co.uk, Tony said: “George is innocent, he gets embroiled in it.

“He hides something from Eileen which gives her the biggest shock of her life; I don’t know why he doesn’t expect such a big reaction.

“Yes he is landed in hot water, poor George. This does involve one of Eileen’s most murderous old flames.”

Coronation Street: Who is Pat Phelan?

Pat scammed many people on the street. He also blackmailed Anna Windass into having sex with him and killed Vinny Ashford, Andy Carver and Luke Britton.

He also watched Michael Rodwell have a heart attack and refused to help him, leading to Michael’s death.

Phelan soon began a relationship with Eileen Grimshaw and they ended up getting married.

However Eileen eventually discovered Phelan’s crimes. In 2018, he was killed by Anna Windass.