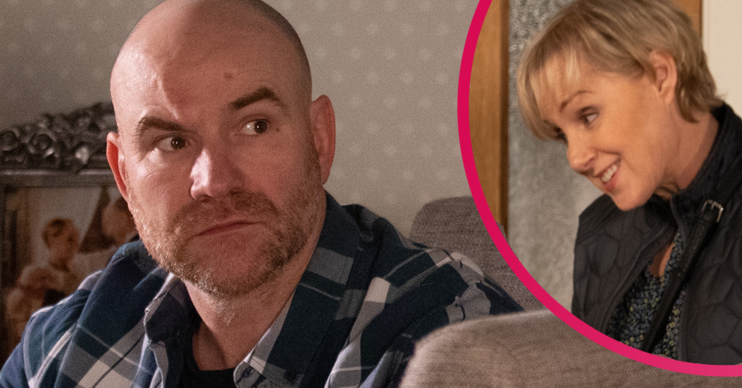 His secret could lead to trouble

Coronation Street spoilers for next week reveal things aren’t getting any better between Sally and Tim Metcalfe.

In fact, when Tim lies to his wife, is he about to make matters a whole lot worse?

Tim and Sally have been struggling for a while.

Their once healthy sex life has been hit following Tim’s heart operation.

As his recovery continued, the pair decided the time was right to restart things in the bedroom.

However, it turned into a bit of a flop – literally.

Not even Sally’s naughtiest role play outfit could make a difference.

This left Sally wondering if it was something that she as doing that was putting Tim off.

Tim was embarrassed by what happened, but Sally persuaded him to make an appointment with Dr Gaddas.

But when Sally headed off to visit her sister, Gina, Tim cancelled the appointment.

Next week, however, Tim feels again pressured to go to the docs – and Sally offers to go with him if he feels he needs support.

He insists he wants to go alone, and Sally’s happy to see him head off.

Kirk chats to Tim, but he makes an excuse and does a runner.

He pretends to Sally that he did speak to the doctor.

Tim reveals that the doctor told him that what was happening was perfectly natural after a big operation.

Sally is pleased that Tim has finally spoken to someone about his problem.

However, she’s disappointed about the lack of bedroom action for the foreseeable.

While she’ll cope with her frustrations for the sake of her hubby, how will she fell if she discovers that Tim has lied to her?