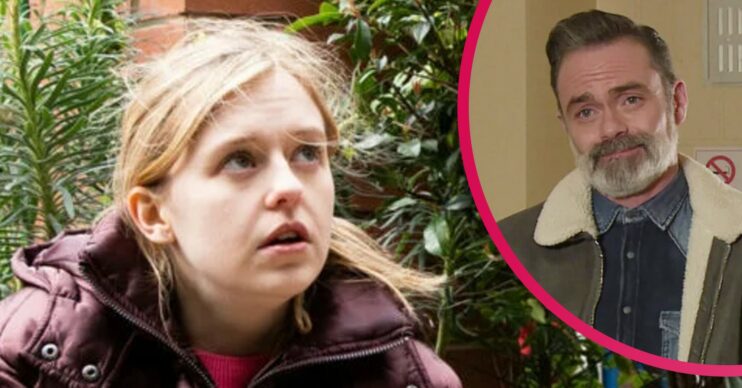 The teen's life is in danger as her secret comes out

Coronation Street spoilers for next week reveal Summer‘s eating disorder is revealed to Billy and the rest of her family.

But will they be able to help her deal with it?

Or will they take things too far?

Read more: Coronation Street cast in full for 2022 – meet them all here!

Summer is hanging out in Victoria Garden looking pale and unwell.

Amy comes across her and tackles her over her eating, but Summer snaps and tells her to leave her alone.

Meanwhile, Jacob has got his hands on some alcopops and is selling them in the Garden to make money for rent.

However, Simon isn’t happy to see him and immediately calls the police.

When he hears the sirens, Jacob legs it, leaving the remaining booze right next to an unwell Summer, who is slumped over on the bench.

The cops assume she is drunk and take her to the station to sleep it off in the cells, but unfortunately something far worse is going on…

Amy and Aadi alert PC Craig to the fact Summer is more than likely in a diabetic coma.

Sure enough, Craig rushes to the cells and finds her unconscious.

He shouts for an ambulance, but will help arrive in time?

However there is devastating times ahead for the teen when Billy finds out about her eating disorder.

He decides to take drastic action and summons Todd and Paul to the cafe, where he tells them what’s going on and that they all need to look out for her.

Todd takes it too far

Aadi quizzes her over a basket of food she brings to the foodbank.

Summer soon realises Todd has asked Aadi to check up on her and she’s fuming.

Meanwhile, Todd feels guilty when Billy informs him Summer was telling the truth about the foodbank.

But what will Billy do when he makes a shocking discovery?

Billy signs Summer up for a diabetes support group.

She doesn’t want to leave her revision, but Billy assures her it can wait and she reluctantly goes along.

Summer is pleasantly surprised when she meets Aaron, a fellow diabetic.

Billy is pleased, but will it really help Summer? Is she on the road to recovery at last?