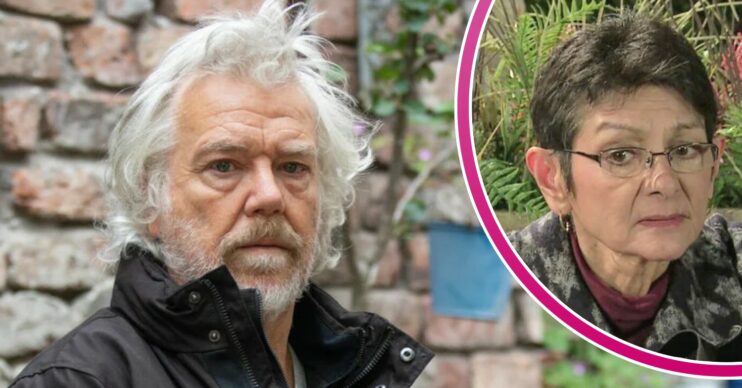 Stu's criminal secret is about to be exposed. How will Yasmeen react?

Recent Coronation Street spoilers have revealed that Stu Carpenter‘s criminal past is about to be exposed.

Fans have been left wondering about Stu’s shady past, ever since the soap opera began dropping hints about Stu’s previous life before Weatherfield.

It was recently revealed that Stu has a secret adult daughter, Bridget. His past was alluded to as they spoke this week, and Bridget seemed scared of him.

Stu tracked Bridget down to her home and attempted to speak to her. However, the reunion was not a happy one, with Bridget being less than welcoming.

What is Stu’s criminal secret?

As they talked, Stu begged that Bridget hear him out, referring to an incident that happened 34 years ago.

“I didn’t hurt that girl, I promise you,” Stu said, pleading for his daughter to listen.

Read more: Coronation Street spoilers tonight: Kevin’s violent outburst as the pressure gets too much

Ultimately, Bridget was  unable to move on, and closed the door on Stu.

The precise details of Stu’s crime are still unclear, other than it happening 34 years ago, and involving a mystery girl.

A visitor from the past

However, his dark past will come back to haunt him back in Weatherfield.

As the Gazette publishes a piece on his recent charity work, Stu is horrified to see that he is front and centre in the article.

This leads to a visit from his ex-wife, Lucy, at Speed Daal. In front of Stu’s partner, Yasmeen Nazir, she demands that Stu stay away from Bridget.

Before she leaves, Lucy drops a bombshell secret from Stu’s past. Yasmeen orders that he leave the restaurant.

Later, she meets up with Lucy in Victoria Garden.

What does Lucy tell her?

What is Stu’s criminal secret?

Is Stu’s world about to come crashing down?

Read more: Who is the cast of Coronation Street in 2022? Meet the full line-up

Coronation Street usually airs on Mondays, Wednesdays, and Fridays at 8pm on ITV.