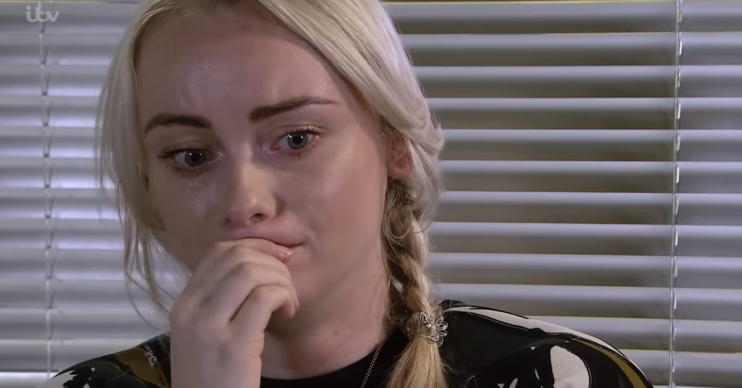 Coronation Street SPOILERS: Sinead’s shock secret from beyond the grave

Daniel will find something out that rocks him to the core

Daniel Osbourne is facing the hardest time of his life in next week’s Coronation Street as his wife Sinead loses her battle with cervical cancer.

Her death is set to hit him hard and as he throws himself into caring for their son Bertie, shutting out the world.

But Corrie boss Iain Macleod has now revealed that a shock from beyond the grave is set to send Daniel reeling.

In her final days, Sinead has been busy recording video messages for her young son so he has some memories of her when she’s gone.

Iain has told how Daniel will watch the videos as a comfort, but soon he will grow quite obsessed with them – and find out something “troubling”.

“Initially [they are] comforting to Daniel, but then they become an outsized and obsessive comfort to him.

“There’s one particular element in one video that he discovers belatedly that tips him even further off an even keel.

He discovers one troubling element that threatens to tip him over the precipice again.

“I think it’s fair to say he’s almost self-medicating with these tapes, it’s the only thing that brings his stress levels down to something like a normal level, but then he discovers one troubling element that threatens to tip him over the precipice again.”

He continued: “This one has significance more broadly than just for Daniel and Bertie, but it is aimed at them.”

Sinead has been fighting cancer since her initial diagnosis last year.

She delayed treatment so she could carry her baby to full term. She gave birth to Bertie in January and started aggressive treatment after that.

In July a scan showed the cancer was stable and showed no signs of spreading.

But just as the young couple started to look forward to their future together, Sinead discovered an lump on her neck on their wedding day.

She was later given the news her cancer had spread to her liver and lymph nodes and she had only months to live.

Last week, she discovered life-prolonging chemotherapy was not working and her prognosis was now only weeks.

As she and Daniel face her inevitable death, he will stray into Bethany Platt’s arms.

When Sinead finds out, she’s horrified, but eventually forgives him and she will die with her husband by her side.