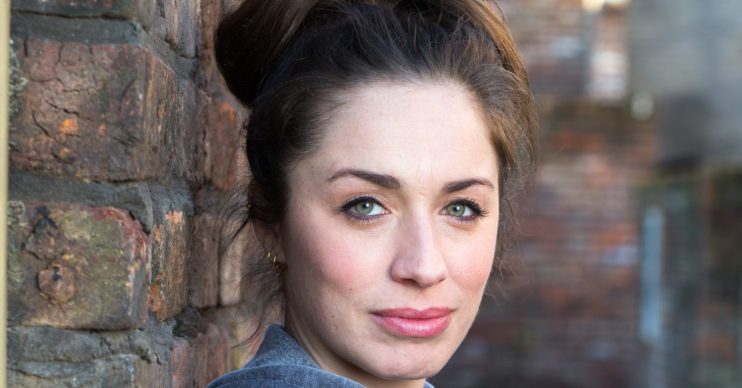 Shona invites David over to see her

In tonight’s Coronation Street (Friday, June 26) Shona tries to sleep with David. But how will he respond?

Recently Shona returned to live on the cobbles, however she is still struggling with her memory loss.

In tonight’s visit to Weatherfield, Gemma and Shona get chatting.

Gemma tells the former cafe worker what a great relationship Shona and David had.

Hearing this, Shona takes the plunge and decides to invite her husband over to Roy’s flat, where she is staying.

He’s pleased that she wants to see him. But when she leans in for a kiss and suggests they have sex, David is shocked.

Will he accept her advances?

A preview for tonight’s episode

Coming up in tonight's episode: Having been invited to the flat by Shona, David is hopeful that maybe things will get better between them.

But is he getting ahead of himself?

Shona suggests that they try to figure out what they like doing together. As they pick out a jigsaw, David is pleased that she wants to spend time with him.

But is Shona trying to move things along too quickly?

A happy ending for David and Shona

Speaking last month at a virtual press event, Corrie boss Iain MacLeod spoke about the future for David and Shona.

He said: “They work best as sparky and funny so there will be comedy but her feelings are absent and there’s no emotional attachment – it will be a bumpy road.

“But she’s also a different proposition too so he also has to fall back in love with her. Nobody has a longterm desire to split them up, so they will have a happy ending.”

Have you been following Shona and David’s storyline? Leave us a comment on our Facebook page @EntertainmentDailyFix and let us know what you think of this story.