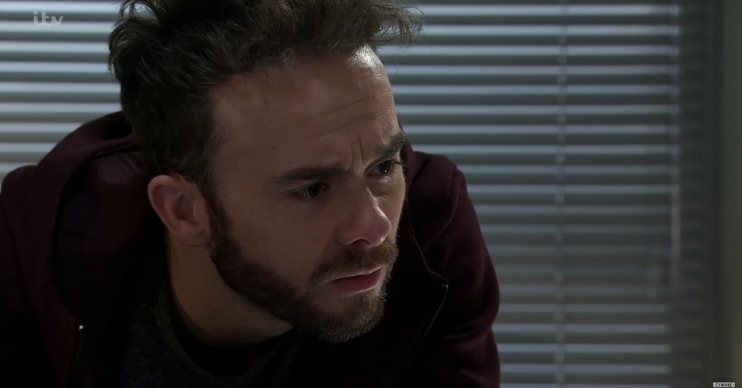 He's left distraught by the news

Poor David Platt is beyond exhuasted in next week’s Coronation Street as he tries to juggle life a single dad with visits to hospitalised wife Shona in Leeds.

His tiredness results in a dramatic car accident, but worse is to come when he finds out Shona is refusing to see him at all.

David can’t believe it when the doctors at the specialist unit inform him he can’t visit his wife, but will he give up without a fight?

Read more: Coronation Street’s Geoff records himself abusing Yasmeen  – is this the key to his downfall?

The week gets off to a bad start when David returns from the trek to Leeds only to realise he and the kids are late for a school play.

So it’s back in the car for them all as they set off, but with David exhausted from all the travelling, he can’t keep his eyes open.

As he starts to fall asleep at the wheel, he crashes the car into a skip.

The horror smash only narrowly avoids anyone getting seriously hurt.

With David and the kids severely shaken up, they extract themselves from the wreckage.

But the news keeps getting worse for David when he discovers the car is now a write-off.

Panicking about how he’ll now get to Leeds to see Shona, David soon decides the train is the only way.

But after the long journey, he gets terrible news from his wife’s doctor: Shona’s refusing to see him.

She’s made it very clear she won’t see him this time and she doesn’t want to see him in future. Will David give up on Shona?

He reveals he can’t face such an arduous train journey again only to be turned away.

Feeling for him, Maria hands him her car keys and insists he take her car so he can get to see Shona more easily.

David’s touched, but will it help? Will Shona let him visit her next time? Or will she continue to refuse to see him?