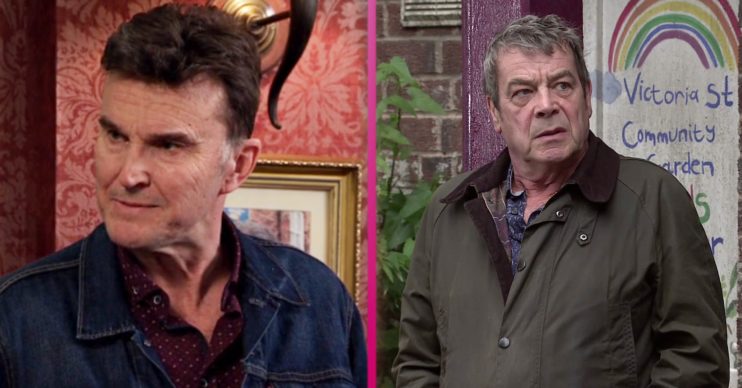 Johnny gets on the wrong side of Scott

Coronation Street spoilers reveal Scott blackmails Johnny after he sabotages his plans. Will Johnny go along with Scott?

In next week’s scenes, Scott reveals that Ray has offered him another job working on some property.

Determined to sabotage Scott’s plans, Johnny tells Ray he’d better keep an eye on Johnny as he’s been in prison and should not be trusted.

Meanwhile Scott tells Johnny about his plan to rip off Ray and asks if he’d like to get in on the action.

However Johnny isn’t interested and tells Scott to count him out as his criminal days are now behind him.

Read More: Coronation Street: Abi leaves fans in stitches as she locks Geoff in the conservatory

When Ray tells Scott that the property job is no longer his because Johnny filled him in on his background, Scott is fuming.

Later Scott orders Johnny to meet up with him to talk him through the plan. The pub landlord tries to object but Scott makes it clear that he’s not taking no for an answer.

Scott explains to Johnny that his job is to drive the getaway car and if he doesn’t go along with it, he’ll tell Jenny everything.

Johnny tries to avoid Scott by making out he’s going to a brewery event. But Scott makes it clear that if he doesn’t play ball, Jenny will get chapter and verse on his unsavoury past.

Scott and Johnny’s past

Earlier this year, Scott came to the cobbles and it was obvious his presence unsettled Johnny.

After dodging Scott for weeks, Johnny eventually returned to Weatherfield. It was revealed that he and Scott committed a crime together over 40 years ago.

Scott served time for the crime, however Johnny managed to get away.

Is Johnny about to get himself involved with crime once again?