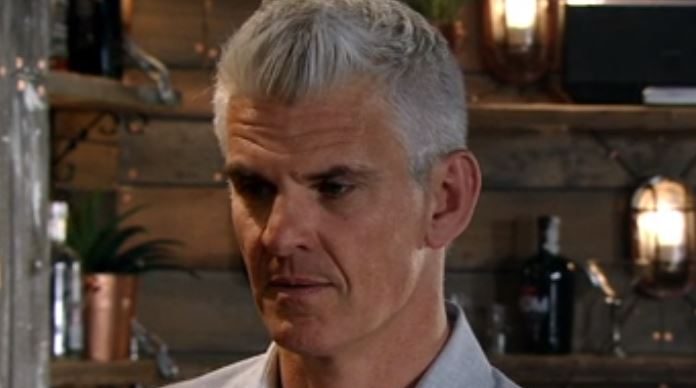 She disappears after their affair is exposed...

Robert Preston will be arrested for murdering his pregnant lover Vicky Jeffries, in dramatic scenes to air later this year in Coronation Street, according to a report.

Viewers know that the chef is currently engaged to Michelle Connor AND Vicky – with the latter being pregnant with his child.

The cheating lothario has been juggling both women for months, but his twisted game of lies is about to catch up with him in a very big way.

His already complicated life is going to go from bad to worse, when he is arrested under suspicion of murdering Vicky.

Robert, who is played by actor Tristan Gemmill in the ITV soap, will soon be caught out by Michelle who will be left devastated.

According to The Sun Online, Vicky and Robert will then have a huge showdown… before Vicky goes missing!

With the finger of suspicion pointing very firmly at Robert, it’s not long before he is called in for questioning by police for murdering her.

An insider told the publication: “Robert is going to be hauled in by police after Vicky goes missing.”

The source continued: “They think he’s killed her after he disappears on the night she did and then returns to Weatherfield with a face full of scratches.

“The scenes where Vicky confronts him over all his lies to her about Michelle are explosive.

“She loses it completely at him and that’s the last fans see of her.”

According to the website, Michelle will also grow suspicious of her husband-to-be after he disappears on the same night Vicky goes missing.

Is Robert really capable of lashing out in anger and killing his pregnant lover? Or has she disappeared to set him up?

Here at ED! we have contacted Coronation Street for comment.

Do you think Robert is capable of murder? Leave us a comment on our Facebook page @EntertainmentDailyFix and let us know what you think!