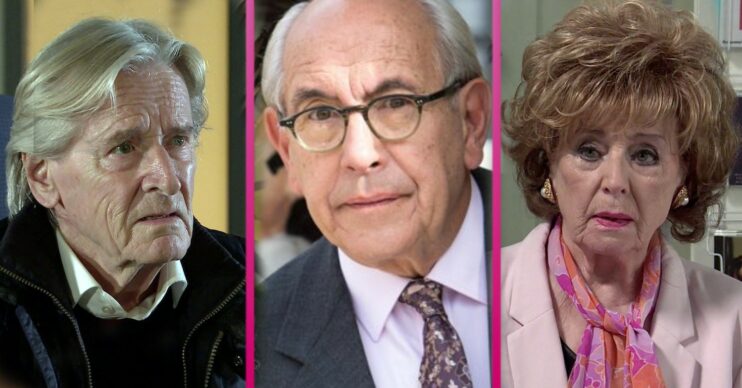 The legendary gossip is gone

It’s been a while since Norris in Weatherfield, but he gets in touch with Ken and Rita to arrange a meetup.

Sadly, before the trio can get together, Norris suffers a stroke and is rushed to this hospital.

When his loved ones arrive, it’s too late, and Norris has died.

Ken is intrigued when Norris contacts him with important news.

He and Rita are summoned to Still Waters for an audience with their friend, but they never make it.

Instead, Norris’ companion Freda gets in touch to say Norris has collapsed and has been taken to hospital.

Ken, Rita and Mary are desperately worried as they make their way to be by Norris’ side.

But when they arrive, Freda meets them with terrible news – Norris has already gone.

Devastated and heartbroken, Norris’ loved ones head to the Rovers to have a drink in his name.

There, surrounded by Norris’ friends and neighbours, Ken toasts their lost friend.

Freda and Mary’s tug of war

But, as usual, she goes over the top, and the two women end up falling out.

Rita backs Mary, who is insisting to Freda that Norris would want his wake to be held in the Rovers, the pub where he spent so many happy times.

Read more: Who is Freda Burgess in Coronation Street and why won’t Mary Taylor be pleased to see her?

Although Freda eventually agrees, their spat sees Mary washes her hands of the whole event and Rita steps in to try to calm things down.

It might be more drama than Rita can bear, but there’s no doubt Norris would be delighted to see women squabbling over him even when he’s passed on.

Will the Weatherfield veteran get the send-off he so richly deserves?

Let’s hope so, as fans of the soap are gutted to hear he will die.

One wrote on Twitter: “This is gonna be sad Norris was such a great character.

“Corrie has so many iconic characters and Norris will definitely be one that will be missed.

“It will be good to see characters like Ken and Rita back on screen again miss them such icons!!!”

Another posted: “Norris is dying. Oh no, I’m sad. He was a great character.”