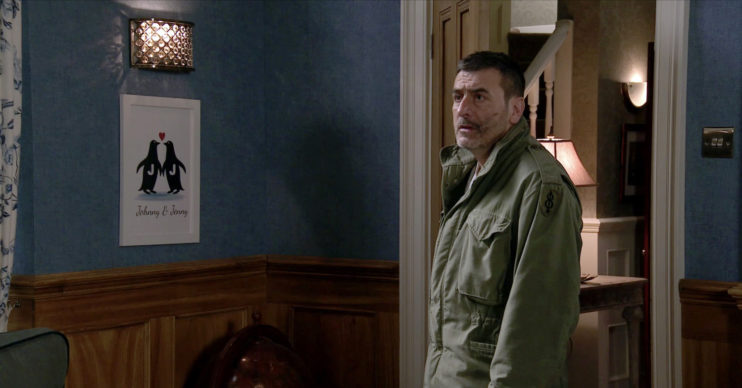 Carla's haunted by her past next week

Coronation Street fans know Peter Barlow would do just about anything to protect Carla Connor.

After picking her up following her break down last year, Peter and Carla seem to be on a much more positive path.

That is until two faces from Carla’s past arrive on Coronation Street and start causing trouble.

Firstly a girl named Chelsey turns up this week and tells Carla she knows her.

On Monday, June 15, Chelsey reveals they were in the squat together last year. She then demands £1000 from Carla or she’ll tell Peter what Carla got up to…

Hot on Chelsey’s heels is a guy named Jordan, who turns up and reminds Carla that he ran the squat. He tells her she needs to pay for the drugs she destroyed.

Peter walks in while they’re talking and, seeing Carla clearly in distress, demands to know what’s going on.

Carla covers and says Jordan just wanted to know about a room, but Peter knows she’s lying and escorts Jordan out.

Once he returns, Carla confesses that he and Chelsey are trying to blackmail her.

When Jordan and Chelsey later return to the pub, Carla makes the decision to stand up to them.

Scott steps in and takes them out of the pub. And that’s the last we see of them.

Peter heads out too, and when he returns later there’s a news report on the radio about a serious assault of a man and woman on a local estate.

He turns off the radio so Carla doesn’t hear – but what is he hiding?

Were Jordan and Chelsy the pair who were assaulted? And was Peter behind it?

Or could it have been Scott – who we know little about, except that he has a past with Johnny Connor that the latter would rather forget.

Did Scott get rid of them for Peter and Carla? And if so, why would he get involved?