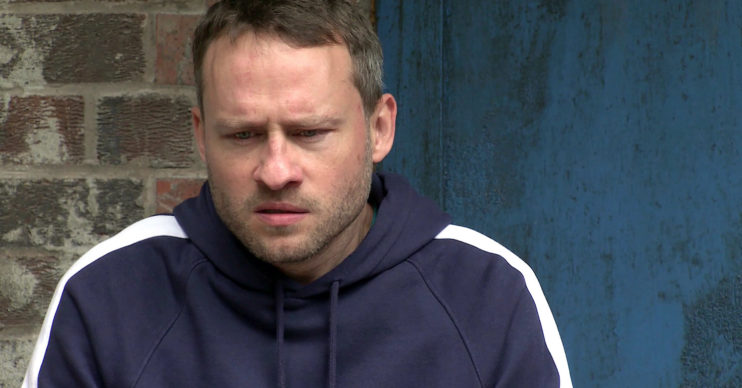 Coronation Street SPOILERS: Paul is under suspicion for murder

The news about Kel Hinchley’s death hits Paul Foreman hard in next week’s Coronation Street, but is that because he knows more than he should about his abuser’s demise?

Coronation Street fans know that Kel is the man who made Paul’s life a living misery after grooming him and abusing him as a teenager.

Paul bravely revealed what went on is his past to his family when Kel came back into their lives last year.

However, when Kel’s body is found in the canal, Billy wonders how to break the news to Billy.

While Bernie is pleased that Kel is out of their lives, the news hits Paul hard.

Paul struggles with the news

Billy worries about his boyfriend when he finds him drinking alone in Victoria Gardens.

The pair have a heart to heart, but soon the police are visiting to question Paul.

As they ask him about Kel, everyone is thrown when Paul says he’s not surprised Kel was murdered.

The police point out that they’d not revealed how Kel died, and Billy starts to wonder if Paul is hiding something.

Suspicious that Paul seems to know more about Kel’s death than he should, Billy confronts him.

Paul is fuming when Billy asks if he had anything to do with the death of the man who made his life a misery and quickly becomes defensive.

It’s only later when Craig calls at the flower shop and reveals they’re not treating Kel’s death as suspicious that Billy’s mind is put at ease.

However, Paul can’t help noticing the visible relief on Billy’s face and realises he genuinely believed he might be guilty.

With the trust clearly gone from there relationship, where does this leave Billy and Paul?