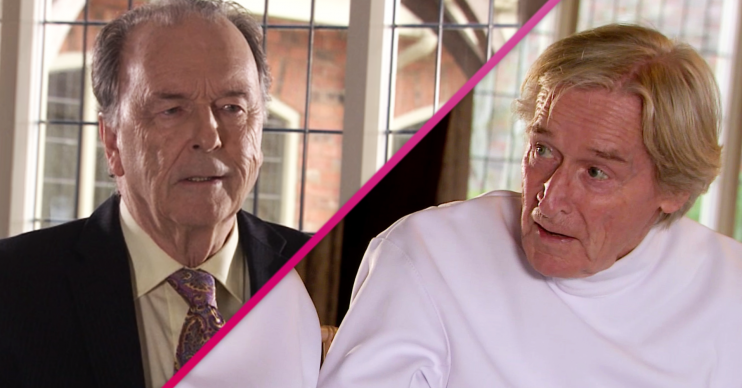 In next week’s Coronation Street, Norris manages to get his hands on something that could expose Charles.

On the ITV website, previews for next week’s episodes show Ken and Charles go head to head in a fencing piste.

But whilst the battle commences, Norris seizes his opportunity and rummages through Charles’s bag.

He soon comes across a copy of the Stillwaters handbook. What shocking truths will he uncover?

What has Charles been hiding?

Coronation Street viewers know Norris has been suspicious about Charles since he began living in the retirement complex.

When Ken and his girlfriend Claudia also moved in, Norris told Ken about what it was really like living in Stillwaters.

However Ken wasn’t sure whether to believe Norris, until Charles fined Ken for his dog, Eccles, urinating on the hallway carpet.

Although Charles fined Ken £200 to get the carpet cleaned by an outside professional cleaner, Ken soon discovered that a staff member at Stillwaters had done the job.

Norris revealed the fines are meant to be going into a maintenance fund, however no one had actually seen any evidence of the money.

Could Charles be using it for himself?

Last week, Ken and Norris asked Charles for a copy of the residents handbook, however he explained a new copy was being printed and they had none around to show.

When Charles mentioned he had been on the Residents’ Chair for many years, Ken suggested a re-election.

Will he and Norris expose Charles for who he really is?

The next episode of Coronation Street airs tonight (Monday, April 6)  at 7:30pm on ITV.

What do you think of newcomer Charles? Leave us a comment on our Facebook page @EntertainmentDailyFix and let us know what you think!