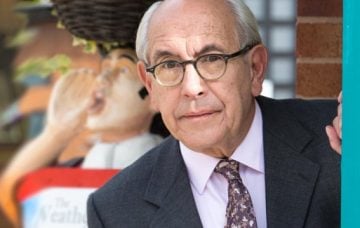 The Corrie legend is back for a brief stint

Weatherfield legend Norris Cole will be returning to the cobbles in tonight’s Coronation Street (December 9, 2019).

Viewers know Rita Tanner, aka Rita Sullivan, has been feeling lonely recently but tonight she’s thrilled when she bumps into old friend Norris and he agrees to pop in for a cup of tea.

But when he says he can’t stay long as he’s meeting his fiancée Freda, Rita masks her disappointment.

Norris actor Malcolm Hebden suffered a heart attack in December 2017 and took leave from the show for over a year.

While Malcolm recovered, his character was in Edinburgh visiting friend Emily and her niece Freda, who he soon got engaged to.

He made a return in April of this year to sell No.3 and ask wife Mary to sign divorce papers.

Norris made a brief return in October this year for Ken Barlow’s 80th birthday.

It was recently confirmed Norris would be making another return as Rita’s new storyline kicks off.

After Rita found someone to feed the cat while she was away, Emily ended up cancelling on her.

With Rita’s trip cancelled, she asked Brian if she could return to work at The Kabin, but he had already hired Gail Platt.

Coronation Street is on this week Monday, Wednesday and Friday form 7;30pm until 8:30pm.

Are you looking forward to see Norris return? Leave us a comment on our Facebook page @EntertainmentDailyFix and let us know what you think!