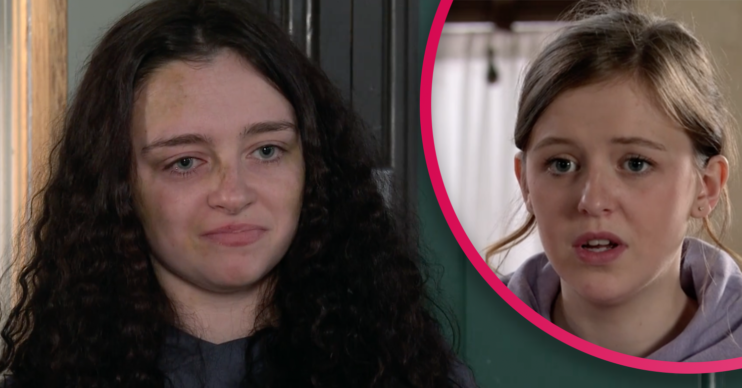 The grieving goth is in no mood for Summer's problems

The goth is struggling to cope after the death of boyfriend Seb Franklin.

Viewers know the couple were brutally attacked by Corey Brent and his gang – with only Nina surviving.

Next week she will lash out at her pal Summer when she becomes consumed with her grief.

Summer left the group earlier the evening of the attack – and didn’t witness any of it and it’s clear she is also struggling.

And when her adopted dad Billy Mayhew realises just how much she is struggling, he suggests she visits Nina.

Going to talk to her friend, Summer apologises for what happened.

She tells Nina that she’s sorry for any part that she contributed to – although Nina’s not impressed.

“I took the easy option and left. I should have made Kelly come with us. Maybe if I had, Seb would still be here.”

But Nina isn’t in a forgiving mood.

Lashing out, she tells Billy they’re in a cafe not a confessional booth and she won’t forgive Summer.

“I know that my boyfriend died and there’s nothing I can do about it except grieve,” she says.

“I lost everything that night. You lost nothing.

“And you sit there expecting me to make you feel better? Well, that’s not my job! I just want to be left alone.”

These scenes air on Friday June 11.