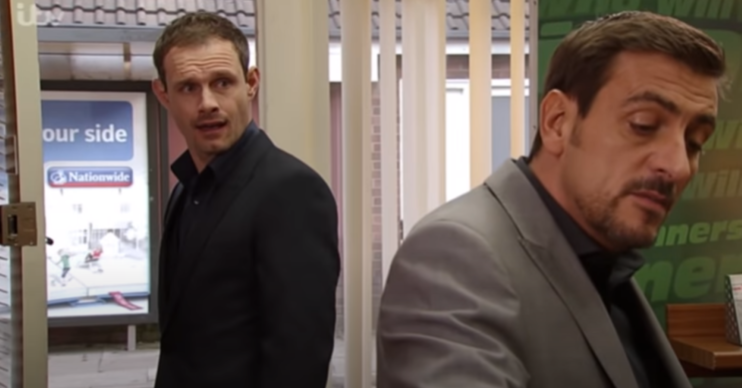 These two have hated each other for a long time

In next week’s Coronation Street, Nicky Tilsley finds an unlikely ally in Peter Barlow. Will Peter be the friend Nick needs as he learns about Oliver’s diagnosis?

In the upcoming scenes, Steve and Leanne are told by the consultant that their son has an incurable form of mitochondrial disease.

The worried parents do their best to take in the terrible news. But Leanne demands a second opinion clearly in a state of shock.

She’s determined there must be something they can do for the toddler. Back at home, the family reel with shock from the news.

Later, Simon overhears Leanne tell Steve that Oliver is all she ever wanted and if he dies, she will have nothing.

Simon heads to school for his exam. But as he approaches the exam hall, he makes a decision.

The teenager soon reveals to Peter what he heard Leanne say. Despite Leanne apologising to her stepson, he says he’s going to stay with his dad.

Leanne tells boyfriend Nick she feels terrible, prompting him to square up to Peter. Nick has a go at his nemesis and accuses him of taking Simon away from Leanne.

As the whole family struggles with the diagnosis, Nick ends up apologising to Peter. He soon finds himself being comforted by his enemy.

Will they finally put the past behind them?

Nick and Peter’s past

Nick and Leanne have had an on and off relationship since they were teenagers.

However, between being with Nick, Leanne had a relationship with Peter and became a mother figure to his son, Simon.

Peter and Leanne married in 2010, but they eventually split up and, for a while, Leanne went between the two men.

In 2012, Leanne and Nick went to marry for the second time. But before the ceremony, she went to Peter’s flat to see if there was any chance of them trying again.

When Peter’s girlfriend Carla overheard, Leanne decided to go through with the wedding after all. However her half-sister Eva announced the real reason why she was late, causing Nick to call off the wedding.

They eventually made up and remarried in 2013. Although they have since divorced, they got back together in 2018.