Yasmeen takes to the stand

Coronation Street spoilers in pictures for next week see Yasmeen’s trial get underway while Leanne and Steve say goodbye to Oliver at his memorial.

Elsewhere, Elaine is found alive and Ray’s plans for the street are exposed. 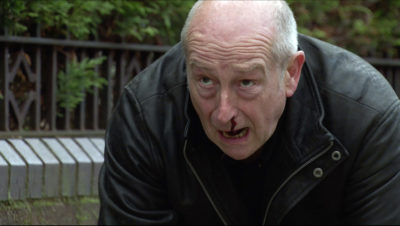 Geoff goads Tim in the street ahead of Yasmeen’s court trial.

Tim sees red and punches his dad, meaning he can no longer be a witness for the defence. 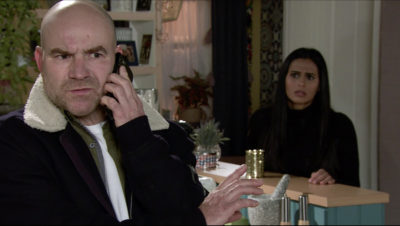 There is more bad news when the police call and tell Tim they have tracked down Elaine.

While Tim’s relieved Elaine is alive, he’s shocked she has been admitted to a psychiatric ward.

The trial begins and Geoff paints himself as the victim, claiming Yasmeen is a violent alcoholic. 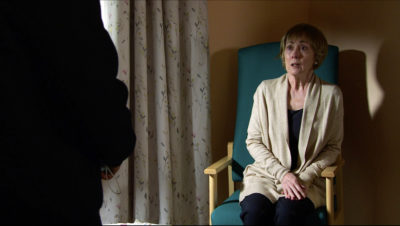 Tim visits Elaine and apologises for not believing she is his mum.

He asks her to give evidence at Yasmeen’s trial, but how will she react? 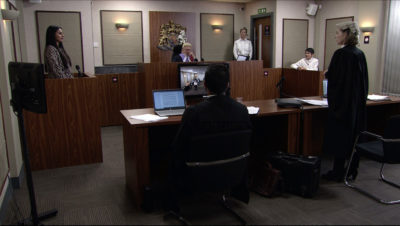 After Yasmeen takes to the stand, it is Alya’s turn.

But will she manage to persuade the judge that Yasmeen is the victim and not Geoff? 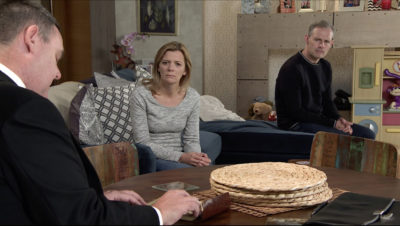 But while Nick is there by Leanne’s side, Steve is nowhere to be seen. 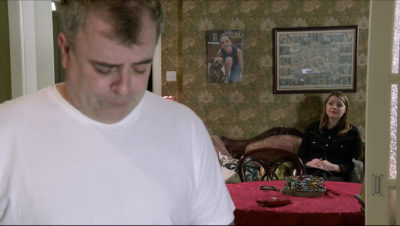 Tracy struggles to get through to Steve, who is consumed with grief.

When Leanne visits Steve to talk about Oliver’s funeral, Tracy’s forced to admit Steve is still in bed.

Everyone decorates Victoria Garden for the memorial, but Tracy’s worried when Steve is a no show.

Eventually he arrives, but only after visiting Oliver’s old room at the hospital. 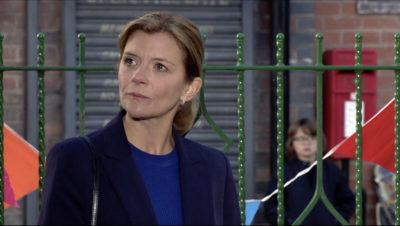 Leanne is upset when she sees Nick comforting Sam at the memorial for Oliver.

Despite her heartache, Leanne manages to give a beautiful speech about her son. 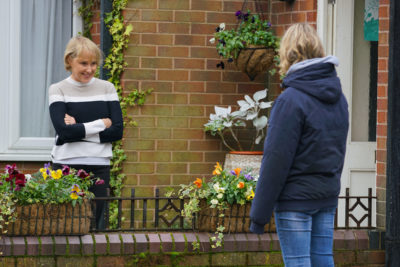 Sally sells her house to Ray’s associate, Roxy, and Abi is suspicious when she recognises her.

Abi tells Debbie she thinks Ray’s trying to buy up the street, oblivious that Debbie is part of his sinister plan.

Later, Abi goes in search of evidence and finds a dodgy invoice belonging to Ray. 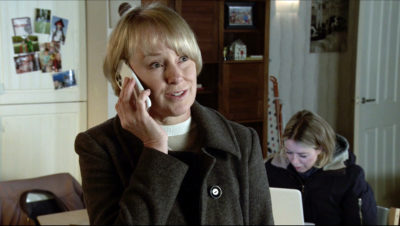 Abi shows her findings to Sally, who calls the council and learns Ray has submitted planning permission to knock down the street. 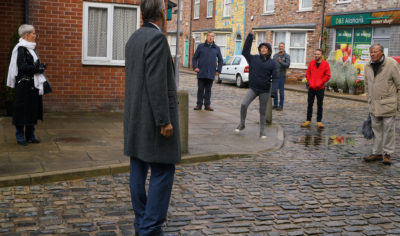 Abi rallies the neighbours and they gatecrash Ray’s press launch.

Soon Roy comes up with a plan to stop Ray in his tracks, but will it work?

Later, Debbie realises she needs to take drastic action to get rid of Abi, but how far will she go to silence her?