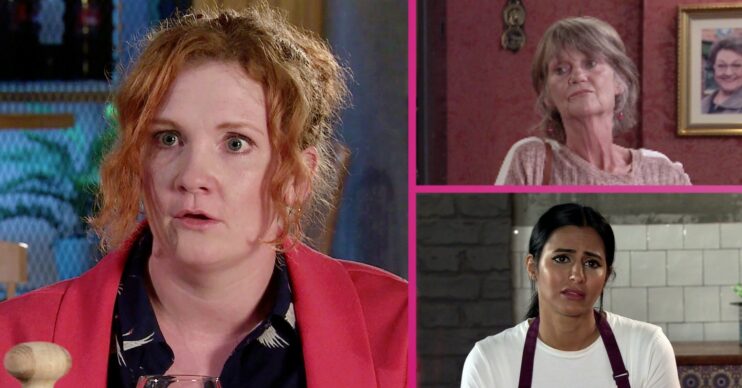 Coronation Street spoilers for next week reveal Tyrone makes a confession to Fiz.

Meanwhile a death leaves cobbles residents devastated and a familiar face makes a return to the cobbles. 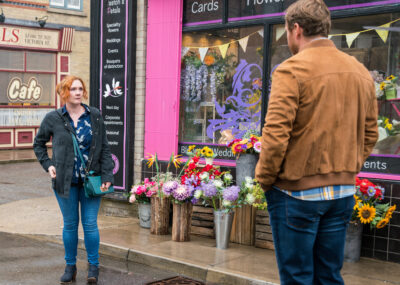 Tyrone struggles to muster up any interest in Alina’s Romanian wedding plans.

He’s even more distracted when he finds Fiz crying over a petition to have Hope removed from school.

Hearing what’s happened, Phill calls on Fiz and suggests they go out for a bite to eat.

When Evelyn reveals to Tyrone that Phill has taken Fiz to the Bistro, his jealousy is evident.

2. Tyrone makes a confession to Fiz 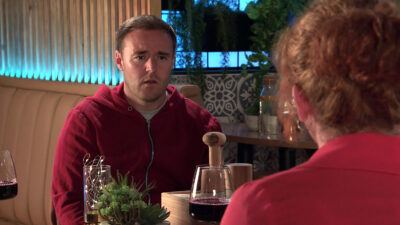 Tyrone follows them to the Bistro.

When Phill goes to the loo, Tyrone tells Fiz how much he misses her and the girls.

As Tyrone reveals how much he enjoyed their kiss and how his engagement to Alina was an accident.

Fiz listens in disbelief, will she take Tyrone back? 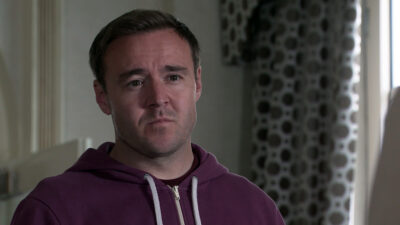 Tyrone tells Alina that Fiz is thinking of moving away with the girls and can’t go to Romania, leaving Alina hurt.

In the factory, Michael advises Alina to cut Tyrone some slack as his kids will always come first.

Alina tells Ty she cancelled their trip and accepts his girls come first, forcing him to mask his guilt. 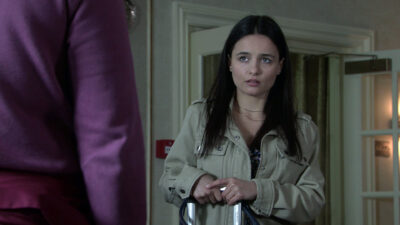 Fiz calls Tyrone as Hope refuses to go to school.

When Alina asserts that once they’re married she’ll be a firm but fair step mum, Tyrone can’t look Fiz in the eye.

After telling Alina she hates her for stealing her daddy, a remorseful Hope pulls the damaged teddy out.

She admits she stole it and is sorry for the fire. 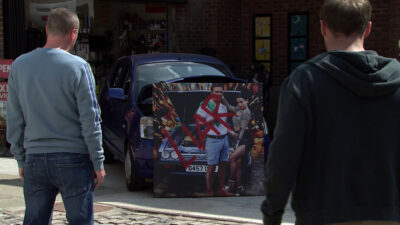 When Hope reveals she’s sorry for the other fires she started, Alina is horrified to realise this wasn’t the first time.

At home she rails at Tyrone, but is left heartbroken when he tells her he wants to get back with Fiz.

Meanwhile Fiz tells Phill about her kiss with Tyrone, but it made her realise she no longer has feelings for him.

Alina dumps the couple shot at the garage with the word ‘liar’ written on Tyrone, before leaving in a taxi.

4. Tyrone makes a discovery about Phill? 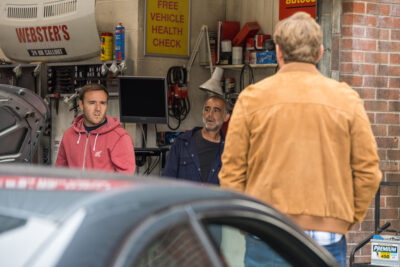 When Tyrone finds out Alina is yet to fly, he goes to find her.

Having tracked her down, he asks her to reconsider, but she says it’s over between them.

When Phill drops his car off at the garage, a jealous Tyrone searches the car, hoping to find something.

When he finds a napkin with a woman’s name on it, he pockets it. 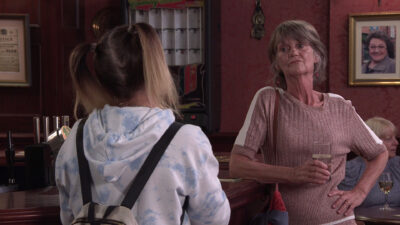 Ken tells Rita that Norris wants to meet up as he has important news.

However they’re shocked to hear from Freda that Norris has collapsed and has had a suspected stroke.

Ken, Rita and Mary arrive at the hospital to be met with Freda who breaks the news Norris died half an hour ago. 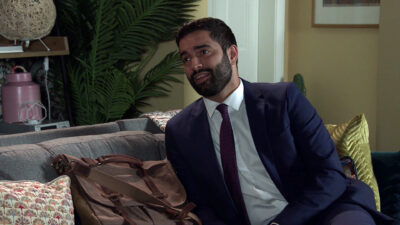 Awash with guilt, Imran makes out he got drunk and spent the night in his office.

Later Imran tells Toyah he’s hired a psychologist for Kelly using the last of the money from the anonymous donor and making up the shortfall himself. Alya is stressed when her food delivery is late.

She juggles a call with the delivery driver and another with the bank.

The driver arrives, but she’s horrified when a customer points out a tarantula crawling across the table.

Eventually the spider is caught by the boy it belongs to, but Alya is tearful and confesses to Elaine that Yasmeen has somehow emptied their bank account. 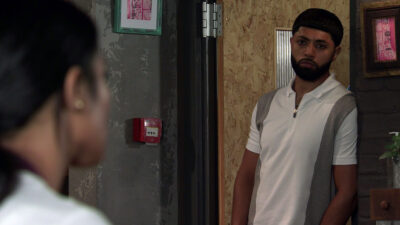 Alya is horrified to find out she wasn’t talking to the bank, but a fraudster, who allowed them to clear out the account.

Desperate, Alya leaves a voicemail for Zeedan telling him how she’s been scammed and isn’t sure what to do.

Zeedan soon arrives at Speed Daal and Alya is forced to explain her mistake to Yasmeen.

Zeedan offers to transfer her £50k to tide her over.